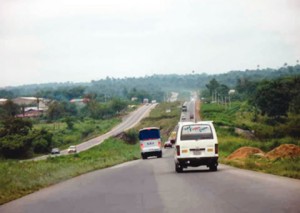 The Presidency has directed the Federal Roads Maintenance Agency (FERMA) to aggressively maintain the highways with a view to achieving ” near zero pothole” tolerance before December, 2012.

This development was made known by the Zonal Coordinator South–South Zone 11 (SS 11) of FERMA, Engr. Jimoh Kajogbola. He disclosed this during the weekend while flagging-off newly awarded contracts for road maintenance in the Zone at Illah, Delta State along the Benin–Asaba–Onitsha dual carriage way.

According to him, the maintenance of roads that were not under contract by the Federal Ministry of Works (Highways Department) would be executed through contracts and direct labour between now and end of November, 2012.

Meanwhile, also present at the occasion was the FERMA Executive Director in charge of Road Maintenance Services, Alhaji Garuba Mubi who disclosed that the agency has awarded over fifty major road contacts and no less than one hundred emergency road contracts to ensure that the December deadline given by the Presidency was realized. In his words, “we are going for operation zero potholes and that will engage virtually the whole management. All of us will be involved; we are also going to be part of inspection of the contracts executed all over the nation up to December, 2012. We are going to ensure that the contracts are done according to FERMA specifications and on schedule”.