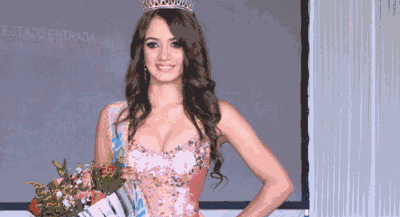 A Mexican beauty queen has lost her life in the crossfire between suspected criminals and troops in Sinaloa, a town known for its drug-fuelled violence, officials say.

20-year-old Maria Susana Flores Gamez was crowned the 2012 Woman of Sinaloa in February. Two others were also killed during the shootout, CNN reports.

“All we know is that it happened during a confrontation that the army had with criminals, and that she was with the group of criminals,” Sinaloa State Attorney General Marco Antonio Higuera told reporters, as read in a transcript from his office.

He said that a rifle was found near Maria’s body, but it was unclear whether she had fired it or she was shot with it.

Maria, a student of Communications had to beat a dozen other young women to clinch the Sinaloan title.

“We are dismayed by the news. She was a beautiful young person, happy, and with a big future ahead of her. Rest in peace; Susy,” the pageant organizers said.