If you’re tired of reading about must-eat superfoods that are hard to find—and even harder to pronounce; (hello, açai berry and quinoa)—take heart: Your pantry may hold more superpowered wonders than you realize! From chocolate and coffee to red wine and walnuts, the following eight amazing everyday foods can help improve your health. 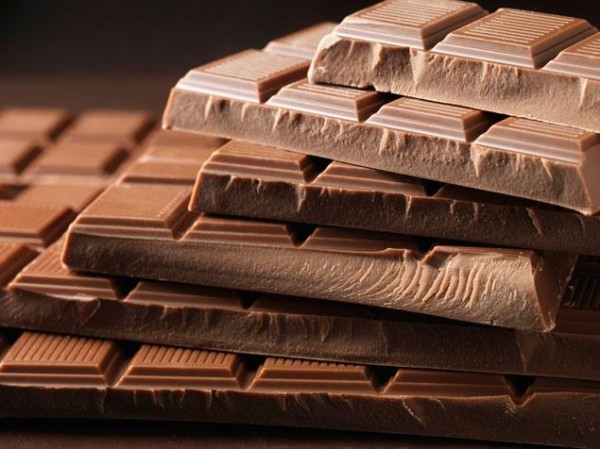 Good news for all the chocoholics out there: Cocoa just might be one of the heart-healthiest foods around! A 2011 Harvard study found that organic compounds called flavonoids that are contained in cacao (the bean used to make chocolate) are associated with reduced blood pressure as well as improved blood vessel health, cholesterol levels and general blood flow. “All of these things are protective against heart disease,” says Eric Ding, PhD, conductor of the study and a professor of nutrition and epidemiology at the Harvard School of Public Health. “But the HDL findings—the increase in good cholesterol—nobody knew about that until our study, as well as the improved blood flow.” As good as that news is, it’s not a green light to eat any and every chocolate bar you come across. “Eighty percent of the chocolate we consume in this country is not healthy,” says Joseph Maroon, MD, professor of neurosurgery at the University of Pittsburgh and author of The Longevity Factor. “It’s pure sugar and doesn’t have the flavonoids in it from the original cacao tree and bean.” The experts we spoke to recommend snacking on two to four squares per day of dark chocolate that has at least 70% to 75% cacao, because it has more flavonoids. If you’re not a chocolate fan, Dr. Ding and Dr. Maroon both recommend taking a 400 to 450 mg cocoa flavonoid supplement in lieu of eating squares. Photo: Martina Vignatelli/iStock

While coffee has been widely touted for its health benefits, a recent study amounted to a small victory for male coffee drinkers. According to a 2011 Harvard study, coffee consumption has been linked to decreased rates of prostate cancer. In the study, men who drank six or more cups of coffee per day were found to have a 20% lower risk of developing prostate cancer and a 60% lower risk of developing lethal prostate cancer, according to researcher Lorelei Mucci, PhD, study author and associate professor of epidemiology at the Harvard School of Public Health. “We saw the same lower risk whether the men only drank decaf, only drank caffeinated or drank both, so it’s something other than the caffeine,” Dr. Mucci says. Though downing six cups of joe every day is probably too much for most people, rest assured that the study still found lower rates of prostate cancer in men who only drank one to three cups per day, compared to those who drank none at all. Get him in the habit by making a double batch when enjoying your morning brew. Photo: Michael Flippo/iStock

While it may not be the most popular leafy green, watercress has been associated with one very positive health impact for women: It may inhibit the growth of breast cancer tumors. Though only a small study was conducted, scientists at England’s University of Southampton reported in 2011 that a compound in watercress can “turn off” the signal that sends blood flow to a tumor, in essence stopping the tumor in its tracks. “All cancers develop new blood vessels, so if you interfere with the development of new blood vessels, you effectively impede the blood supply to the tumor,” Dr. Maroon says. “A lot of the drugs [that treat breast cancer] prevent the tumors from making new blood vessels, and in that way, can slow, impede or eradicate the growth of some tumors.” Although more research is needed, it’s safe to assume that adding this leafy green to your diet, whether as a sandwich topping or in salads, couldn’t hurt. Photo: Stockbyte/Thinkstock

Most nuts are recognized as superfoods, thanks to a high concentration of unsaturated fatty acids, like omega-3s, which help lower cholesterol and decrease the risk of heart disease. However, a 2011 study indicates that walnuts might be the most super nut of them all. According to study author Joe Vinson, PhD, professor of chemistry at Scranton University in Pennsylvania, walnuts contain twice the amount of antioxidants per ounce as peanuts and almonds, two popular types of nuts consumed in the U.S. His research found that all nuts in general were better sources of antioxidants when compared to pure vitamin E (a type of antioxidant). But when walnuts were compared to peanuts and almonds, they were found to be better in terms of the “quality and quantity of antioxidants.” According to Kari Kooi, RD, corporate wellness dietitian at The Methodist Hospital in Houston, that means walnuts can not only help improve cholesterol levels but also help manage your weight by providing satisfying heart-healthy fats and protein. Photo: Thinkstock

Olive oil has long been associated with the heart-healthy Mediterranean diet, but it may benefit more than just your ticker. In a 2011 study, researchers analyzed the olive oil consumption of 7,625 French people 65 or older and found that those whose use of olive oil was “intensive” were 41% less likely to suffer a stroke compared with those who never consumed olive oil. “We can’t infer which aspects of olive oil may prevent stroke,” says study author Cécilia Samieri, PhD, a professor of epidemiology and nutrition at the University of Bordeaux in France. However, Dr. Samieri says, it’s possible that the oleic acid in olive oil decreases the absorption of saturated fats—and, ultimately, the chance of stroke. Photo: Thinkstock

It looks like an apple a day really can keep the doctor away—especially when it comes to heart health. A 2011 study conducted by researchers at Florida State University compared postmenopausal women who ate 75 grams of dried apple a day to women who ate other types of dried fruit. The result? Women who ate the dried apple saw a 23% drop in their LDL (“bad”) cholesterol, as well as a 4% increase in their HDL (“good”) cholesterol. What’s more, the additional 240 calories derived from the dried apple slices didn’t cause participants to gain weight—the apple group actually lost an average of 3.3 lbs over the course of the year in which the study was conducted. Although dried apples were used in the study, eating the equivalent amount of fresh apples is believed to produce similar results. Photo: Stockbyte/Thinkstock

New research may make you think twice before buying that loaf of white bread. Foods that contain whole grains and bran, like stone-ground whole-grain bread, brown rice and old-fashioned oatmeal, can help protect against coronary heart disease and aid in digestive health. They also improve insulin sensitivity, which can help better control your sugar levels—a vital factor for diabetics. A 2010 study found that the intake of whole grains was associated with a 16 to 31% overall reduction in the risk of dying from any cause in participants with type 2 diabetes. “Whole grains can slow the absorption of cholesterol, just like some of the drugs that you take [for high cholesterol] do,” says Dr. Maroon. In essence, by improving your overall cholesterol count, you can help lower your risk of heart disease. Photo: Thinkstock

What could be better than chocolate being good for you? Red wine! (In moderation, of course.) According to a 2011 report from the University of Florida, which reviewed several studies on resveratrol—a polyphenol compound that is naturally found in red wine—it may have “anti-aging, anti-carcinogenic, anti-inflammatory and antioxidant properties.” It is important to note that the studies were conducted on laboratory animals, but there is plenty of anecdotal evidence to support the claim. The key is in the polyphenols, which Dr. Maroon says, “can reduce inflammation…increase HDL and lower LDL [cholesterol levels], have a mild to modest effect on blood pressure, dilate blood vessels to improve blood flow to the brain and heart, and lower insulin resistance,” which helps prevent type 2 diabetes. However, that doesn’t mean you can drink a bottle of wine every night with dinner. “I don’t encourage people to drink alcohol who haven’t in the past [or who suffer from alcoholism],” says Dr. Maroon. “What I do say is one glass of wine for women and no more than two for men [per day] is healthy.” Though wine is no fountain of youth, it can help delay the body’s aging process. Photo: Thinkstock