Home General News Social Media is not Good for the Youths But Politicians Can Use...
Facebook
Twitter
WhatsApp 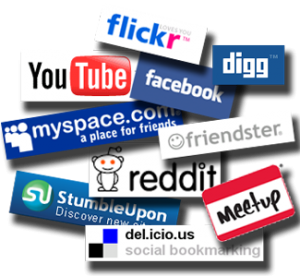 Even though a lot of political office holders in the country have taken a swipe at the use of social media by Nigerians, it is obvious that they are not oblivious in the benefits they can get from the social media, especially when it comes to the electoral process

This has been recently made evident in the ongoing local government election in Kaduna State. Some candidates vying for elective offices have resolved to use the various social media, especially the Facebook, in their campaigns. This was even as chairman of the State Independent Electoral Commission (SEIC), Mrs. Hanatu Usman Biniyat, has said that out of over 50 parties in the country, only 10 parties are fielding candidates for the elections.

Biniyat, at a press conference in Kaduna, had noted that about 100 international and domestic observers would be on ground for the election that will take place in the 23 local government areas of the state. According to Binniyat, the 10 political parties would be fielding a total of 53 aspirants for the 23 local government chairmanship posts, while 578 candidates would be vying for councillorship position in the 200 wards of the state.

She listed the political parties as the All Progressive Grand Alliance (APGA), the Action Congress of Nigeria (ACN), Congress for Progressive Change (CPC), the Peoples Democratic Party (PDP), among others. Her words: “We have been meeting with all the stakeholders to ensure that the election is successful, over 10,000 ad hoc staff have been recruited to conduct the exercise, with about 100 domestic and international observers being accredited for it,” she said. She also expressed confidence that the commission was “fully prepared to conduct an election that will meet world standard.”