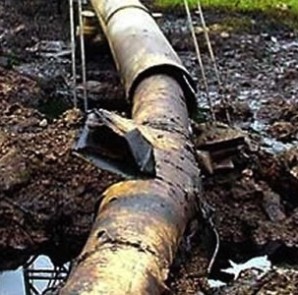 The Federal Government has been accused of treating the issue of pipeline vandalism in the South-West with kid gloves.

The founder and president of the Oodua Peoples’ Congress (OPC), Dr Fredrick Fasehun, at a press briefing in Lagos, on Thursday, accused the government over the allegation levelled against members of the congress by the Nigerian Security and Civil Defence Corps (NSCDC).

According to Fasehun, the claim by NSCDC that members of the OPC, who were allegedly contracted to guard the pipelines, turned to vandalise them was mischievous and untrue, adding that “OPC has never been hired to provide security for pipelines or any other petroleum installations.”

Fasehun also disclosed that the OPC had, in the last two years, presented to the Federal Government, through the Pipelines and Products Marketing Company (PPMC), an arm of the Nigerian National Petroleum Corporation (NNPC), a proposal to provide security for pipelines in the South-West.

He, however, said the OPC was invited for an interview by the NNPC but was told that the government was not predisposed to dealing with an unregistered organisation.