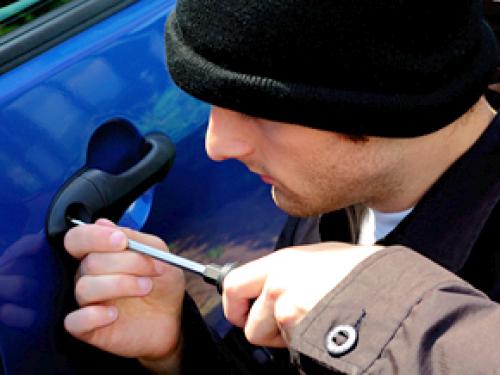 For the year 2012, Toyota and Honda brands of cars remain the favourites of armed robbers in Lagos and its environs, reports SAMUEL AWOYINFA

Two Japanese automobile brands, Toyota and Honda, again top the chart among favourite cars which were armed robbers’ delight for the year 2012.

Occupying a distant third place was another Japanese brand, Nissan.

The data obtained from the Lagos State Police Command showed that 1,184 stolen cars were recovered from thieves in Lagos and its environs. Toyota was top on the list with 359 different brands, Honda followed with 143, while Nissan brands were 60.

Among the Toyota brands, the Camry saloon version appeared to be the most attractive to the men of the underworld, with 126 recovered from them by the police, while the Corolla and Sienna occupied second and third positions with 78 and 52 stolen respectively.

Other Toyota variants such as Avensis, Yaris, and Sport Utility version, Highlander were not spared either. Fifteen Highlanders and 18 Avensis and Yaris were also recovered.

The Nissan brand that the robbers snatched most was the Murano Jeep, with 12 recovered; while Pathfinder and Sunny versions recorded nine each. Others were Primera (8), Maxima (5), Altima (3), Almera (3), Xterra (2); while other variants like the X-Trail, Quest, Laurel, Bluebird, Central, Spera, Pick-up were also on the list.

Out of the total number of 1,184 vehicles recovered, 622 of them were made up of over 20 other different various automobile brands and models.

Though the statistics was not broken down on monthly basis,  it was a total summation of the recovered vehicles by the men of the Lagos State Police command for 2012.

While commenting on the modus operandi of armed robbers, she explained that some of the apprehended criminals had confessed and exposed the tricks and methods they use to dispossess motorists of their cars.

She said, “Some say they deliberately hit the car they want to snatch from the rear. And as soon as the owner disembarks to see the damage done to the car, they point a gun at him or her, and take the car away.

“Others say they trail their subjects on the road until they gain a vantage position and ultimately snatch the car at gun point.”

The other method Braide talked about was the ‘removal from park’ method. This, she stated, was a process whereby a car would be stolen from where it was parked.

According to her, this method is being used by robbers who go about with master keys or cutters, and with this, they could easily steal any car.

She said this was a common occurrence in places like churches, mosques, cinemas, parking lots of malls, supermarkets, banks, etc.

Braide warned owners to take preventive measures in order not to lose their cars to robbers.

She said, “I want to advise all car owners to install car tracker, or put the alarm mode on their cars. Though some may say it is costly, at the end of the day, it will save them the hassles of losing their cars.

“Again, if they feel the tracker is expensive, there are cheaper alternatives. There are pedal and steering locks which prevent cars from being stolen.”

Speaking on why the Toyota and Honda brands are the favourites of thieves, the Managing Director, M.S. Motors, Mr. Mohammed Bakare, said it is because they are easy to maintain and the spare parts are readily available.

He said, “The three highest selling auto brands in the country today are Toyota, Honda and Nissan. And the reason for this is simple: They are easy to maintain, efficient in terms of fuel consumption and the spare parts are readily available.”

Another car dealer, Sylvester Sunday, added that the Toyota and Honda brands are not cheap brands.

He said, “It is true that Toyota and Honda are like market leaders here, but the prices don’t come cheap. Though in the long run, the maintenance may be cheaper when compared to other brands and models of cars.”

An automobile engineer, Mr. Akin Adelusi, said many Nigerians go for these brands because they have second-hand value. He noted that, “It is easier to sell either Toyota or a Honda if the owner feels like disposing it. This is unlike other brands and models which are not easy to re-sell.

Some of those who lost their Toyota and Honda brands told SUNDAY PUNCH how their cars were stolen.

Mr. John Daniel who lost his Toyota Camry last October, said he had gone to visit a friend of his in Ogba, Lagos, when his car was stolen where it was parked.

He said, “I parked my Toyota Camry 2006 model in front of my friend’s residence at Ogba. We were chatting inside, having been out of touch with each other for over a month. But I was taken aback when I wanted to go home three hours later, my car had been stolen from where it was parked.”

Another victim, Mr. Dokun Omoloye, had his Honda Accord stolen on a Sunday last year. Since the parking lot of the church was filled up, he decided to park his car outside. But before the service was over, his car had disappeared from where it was parked.

Omoloye almost ran mad. He said, “When I came out, I almost ran mad when I could not locate my car where I parked it. I was looking inside the drainage whether my car was there. That was the kind of trauma I experienced. It was not a good experience at all.”

Both Daniel and Omoloye have yet to recover their cars.