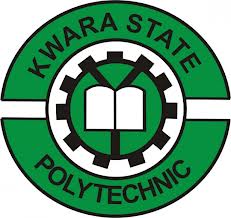 Many students were left with varying degrees of injuries when a gang of suspected cultists reportedly stormed the venue of matriculation ceremony of the Kwara State Polytechnic, Ilorin, and shot indiscriminately.

The incident which reportedly happened in front of the Institute of Basic and Applied Sciences (IBAS) of the institution, shortly after the matriculation ceremony, when the students were said to have gathered at the front of the institute for a get-together, in honour of the new students, when a group of young men suddenly appeared from the crowd and shot at their targets, hitting one, while others reportedly escaped with bullet wounds.

There were conflicting reports as some students said the suspected cultists left the scene of the incident with a corpse of the victim of the gunshot, while others said the student feared dead was receiving treatment at the UNILORIN Teaching Hospital, Ilorin.

The sound of gunshots caused a stampede, as students ran for dear life.

Meanwhile, the rector of the institution, Alhaji Mas’ud Elelu, had, during the matriculation ceremony, warned the new students to remain law abiding and shun any act that could jeopardise their future.

He had told the about 7,000 students that belonging to such unauthorised association on campus could earn them serious punishment.