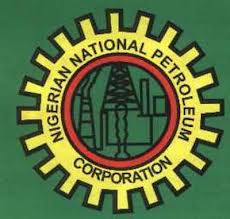 What has always been known to Nigerians was once more buttressed when a House of Representatives committee report yesterday revealed that the Nigerian National Petroleum Corporation (NNPC), Nigerian Ports Authority (NPA) and the Nigerian Civil Aviation Authority (NCAA) and 60 other federal agencies were alleged to have withheld trillions of naira in revenues in four years, much more than was previously discovered.

The agencies generated a total of N12.268 trillion between 2009 and 2012 but only remitted N255 billion, according to the report prepared by the House committee on Finance and approved at a plenary session yesterday.

Information Nigeria recalls that a NEITI audit report published last week alleged that the NNPC alone withheld N1.2tr between 2009 and 2011. An allegation that was denied by the NNPC. The corporation had three years previously (2006 to 2009) diverted N450bn which it had started repaying now, NEITI said.

But the House Finance Committee report said the NNPC  failed to remit N6.132 trillion revenues to the treasury.  “From 2009-2011 the NNPC group including all its subsidiaries have generated internal revenues amounting to N6.132 trillion excluding its statutory function as marketer of Nigeria’s crude oil and. Gas and no remittance has been made to the treasury,” the report said.

The committee led by Rep. Abdulmumin Jibrin (PDP, Kano) submitted the report after  three months of investigation of allegations of non-remittance of Internally Generated Revenue (IGR) by money generating agencies.

Consequently, the House gave the Minister of Finance, Dr Ngozi Okonjo-Iweala 90 days within which “to mop up all funds derived from internally generated revenues of government owned agencies and corporations, alleged to have been kept in secret bank accounts and be paid into the Consolidated Revenue Fund of the federal government.”