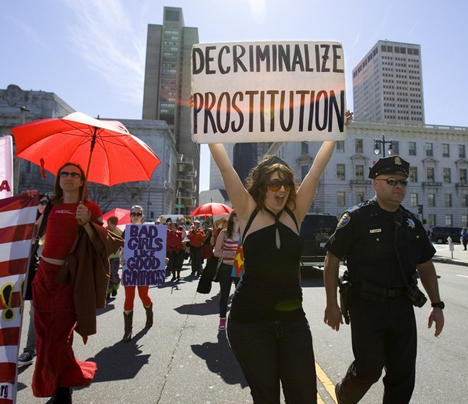 A report published by the U.N. backed World Commission on HIV and the law, recommends that nations around the world get rid of “punitive” laws against prostitution – or what it calls “consensual sex work” and decriminalize the voluntary use of injecting illegal drugs in order to combat the HIV epidemic.

The commission, which consists of 15 former heads of state, lawyers and activists against HIV AIDS was convened in 2010 by the Secretary General Ban Ki-Moon, and is co-supported by the Development Program United Nations UNAIDS Joint United Nations Program on AIDS / HIV.

The commission recommended repealing all laws that prohibit the “work of adult consensual sex” and a clear distinction in law and practice between sex trafficking and prostitution.

The report “HIV and the Law: Risks, Rights and Health” cites a recommendation of the International Labor Organization, which recommends that “sex work” should be recognized as an occupation to be regulated “so that it protects workers and customers. ”