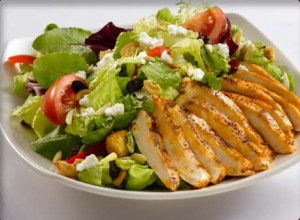 In places where the water isn’t safe to drink, abide by this rule: Boil it, peel it, cook it—or forget it. Avoid salads and other raw fruits and vegetables, except those that can be peeled (and that aren’t then exposed to tap water), since the peel protects against contamination.

For many of us, eating is one of the best parts of traveling. But this thing we do three (or more) times a day comes with the inherent risk of illness, especially in places where food and water is more likely to be contaminated with bacteria, parasites, or viruses. So we’ve compiled these tips to help you outsmart Montezuma, keep Delhi away from your belly, and fend off the much worse things that can hitchhike their way into your system during mealtimes.

Contaminated water is one of the world’s leading causes of illness. The pathogens that cause travelers’ diarrhea (TD), rotavirus, cholera, and a host of other diseases tend to infect humans through water (and food) contaminated with human or animal feces. This sort of contamination is particularly common in regions without adequate water sanitation and hygienic water storage. As a traveler, drinking water shouldn’t be a “when in Rome” situation, since locals may be able to stomach pathogens that would knock you out because your immune system is totally unprepared for them.

What to Do: Research your destination in advance to find out if water safety is an issue. When in doubt, stick to clean, sealed bottled water (when in doubt, ask a fellow traveler or someone at your hotel to recommend a reliable brand), bottled juice, canned soda, beer, wine, and tea and coffee made from boiling water and served steaming hot. Since melted ice and the condensation on the outsides of cans and bottles may be contaminated, wipe cans clean and let them dry before opening. Avoid brushing your teeth with tap water as well.

The Risks of Ice

Since the pathogens that make tap water dangerous aren’t killed by freezing water, ice carries the same risks as tap water. In places with unsafe water, ice should be consumed only if it’s made from bottled, boiled, or treated water. Realistically, though, when you’re out and about, it’s hard to know where the ice in your drink came from.

What to Do: Unless you can verify that your ice was made from safe water, skip it. Steer clear of ice-blended cocktails as well. If you’re craving a cool drink, opt for a refrigerated canned soda or bottled beer or water.

When flies land on food, they contaminate it in a variety of unsavory ways: First, their legs carry traces of everything else they’ve recently landed on, often including feces and rotting trash. They also regurgitate previously consumed food onto whatever new delight they’ve landed on, all while leaving their own fecal matter behind. That’s not only gross, it’s also a way that pathogens move from things you would never dream of putting in your mouth to the food you eat.

What to Do: Prepared food—particularly buffet and street food—is prone to flies, so if you’re considering food that’s sitting out, make a quick bug scan part of your decision-making process. If the halo of flies around your prospective meal is reminding you of the Charlie Brown character Pig-Pen, seek food elsewhere.

Hand washing is one of the most effective ways to prevent the spread of many diseases, but in many places it’s still not a standard practice in food service. More and more countries have hand-hygiene campaigns, but widespread adoption of new habits takes time, especially in places where safe water is scarce.

What to Do: Seek out restaurants and vendors where the people touching your food have clean hands. If you can’t tell just from looking, check for other signs of good hygiene, such as soap in the bathroom, servers wearing relatively clean clothes, and food handlers who aren’t wiping their noses or coughing into their hands. And don’t forget to wash your own hands regularly. Need a refresher on the proper technique? Check out this incredibly detailed illustrated guide from the World Health Organization.

Freshly prepared, thoroughly cooked, piping-hot foods are not pathogen friendly, and that’s just the kind of antisocial behavior you want from your meals. Foodborne bacteria multiply rapidly in cold foods not kept below 40 degrees Fahrenheit and cooked foods not kept above 140 degrees Fahrenheit, so if the food you’re eating is supposed to be hot, make sure it actually is before you dig in.

What to Do: Seek out establishments that make food to-order, and make sure any hot food you order arrives piping hot (too hot to put into your mouth immediately).

Controlling food temperatures is a key part of keeping food safe to eat. Food not kept hot or cold has about a two-hour window for safe consumption, and that drops to an hour if the air temperature is higher than 90 degrees. Food left in direct sunlight can get even hotter, and that means you can count the length of time during which food is safe to eat in mere minutes.

What to Do: Stay away from food left out in the sun. The Centers for Disease Control (CDC) estimates that more than 200 diseases can be spread through food, and since the heat of the sun hastens bacteria growth, it’s wise to exercise care at picnics, when eating street food, and in situations in which food is exposed to the heat from direct sunlight.

What to Do: In places where the water isn’t safe to drink, abide by this rule: Boil it, peel it, cook it—or forget it. Avoid salads and other raw fruits and vegetables, except those that can be peeled (and that aren’t then exposed to tap water), since the peel protects against contamination. 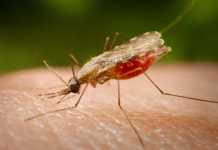