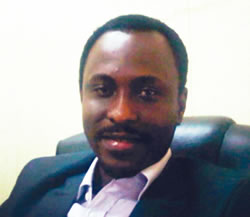 As Eze dropped his pen following his final year exams he felt a sense of relief that finally his ambition to be a banker was near.  He soon served in a bank and to his dismay counted money all day and night.

The experience was torrid and disappointing. Not the fancy white collar smooth talking hunk he thought he’d be. After service, he had a job as an accountant in a small firm that paid a quarter of what his peers earned in a bank. It was supposed to be for a short period but as months passed he realised he had more time for himself and less pressure compared to his peers in the bank.

Soon it dawned on him, banking after all wasn’t his thing. The entry level job description for a banker during his time was not as attractive as it was a years before. Eze felt better suited for a smaller firm where he could play an active role in shaping its future. That to him was a good pay. Ten years after, he still thinks he made the right choice.

A lot of us choose careers that just don’t pay.  We find ourselves in situations where we can’t make the next move for fear of what the wicked cruel world may present. Sometimes, the money is great but job satisfaction is zero. Or the Job satisfaction and working condition is right but the pay is just not enough. It could be a hybrid of the two, good pay, job satisfaction is right but career development is impeded. You just feel stagnant and can’t move forward. Whatever the case, you are in a career that just isn’t paying.

Career decisions are mostly influenced by passion and a desire to replicate our unique experiences or emulate the careers of others. You may want to be a Doctor following a tragic occurrence that you helplessly couldn’t avoid. You could also choose to be a Lawyer because every member of your family is one. It could also be a career influenced by an innate talent. No matter the influences, the world today places realities that must be taking into consideration before you decide what career path to follow.

It is important to weigh up your taste and desires against the financial and mental requirements when deciding which career path to follow. What exactly do you want in life? Do you want to be rich? Poor? Or just happy and content with what you earn? Are you self-motivated and very career minded? Then certainly, the requirements for each career path differ in their sacrifices and expectations.

If you choose a career because it’s the only option or probably because that’s what everyone is doing, then surely, you don’t expect to grow rapidly. There is nothing you bring that’s radical enough to make you indispensable.  Agreed, there may be success but no innovation.

To be in charge of your future, then you must be self-motivated and innovative. Both require bravery and an uncanny attitude to be counterintuitive. You do not want to be the next Steve Jobs and remain in a paid job. Most people who change the world we live in tried, failed and tried again.

In contrast you could decide to live a modest life and choose to be a Teacher. Teachers, like the saying goes have their reward in heaven as such whoever decides to choose a career in academics should not expect to earn billions over night. You can’t love to splurge and remain a teacher can you?.

For Self employed freelance professionals such as web designers, tax consultants, real estate agents etc. your remuneration will often depend on your ability to put in many hours of quality work, satisfy a diverse and often-impatient customer base and an almost absolute dependability on references for marketing. Your connection in society and within your industry mostly influences your ability to command large pay cheques.

Understanding the income potential of the industry that your career path falls under is critical to your future financial independence. For example, whilst the music industry in Nigeria is “booming” the major source of income for artist is from brand endorsements and show performances. Record sales do not reflect on the bottom line and royalty is far from a constant source of future income. So as you pump in millions into making videos, it may also be wise to recruit an efficient PR team that will position you to attract brand endorsements.  Without that you’d just remain a “wannabe”.

If you desire to seek a career in politics then you must begin to keep your records clean early enough and have a near impeccable reputation as a community organiser. Maybe not in Nigeria of today but soon that will be necessary.

In the 21st century our careers and those we seek for our children or dependents must be able to command a commensurate financial and mental reward.  If you are in a difficult job but have no alternative then patience and perseverance is key. With time, you will excel.