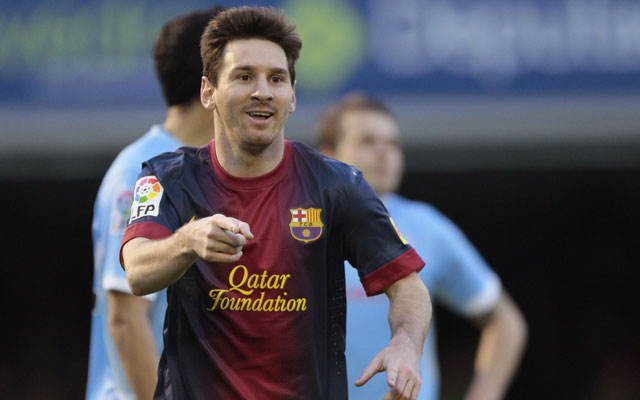 Record breaker and prolific goal scorer, Lionel Messi, has dismissed the significance of his goal streak even as he lamented Barcelona’s inability to hold onto their lead at Celta Vigo before conceding a dying minute equaliser.

The Argentine has scored in 19 consecutive La Liga games and his second half strike in the 2-2 draw with the relegation threatened side ensured he has scored against every opposition team – a feat Real Madrid’s Cristiano Ronaldo achieved last season, albeit not in a row!

Although the forward is glad to have helped the Catalunya club thrive with his strikes, he still maintains that “the least important thing is the streak” he told reporters after the match.

“I was fortunate to score in all those games and help the team to keep on track but that is not important” he said. “We wanted to win after the effort of the squad that were selected but we could not.”

Meanwhile, Messi is keen to recuperate ahead of a crucial Champions League quarter-final tie on Tuesday at Parc des Princes against Paris Saint-Germain.

He said: “Now we have to rest to get fit and get a good result will be a meeting against a team we know are our equals.”