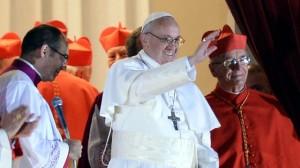 The Muslim world on Thursday expressed hopes for better ties with the Vatican under new Pope Francis, after years of strained relations with Benedict XVI who was seen as hostile to Islam.

The 57-member Organisation of Islamic Cooperation, and Al-Azhar, Sunni Islam’s highest seat of learning, came out with similar statements expressing this sentiment as they welcomed the Argentine’s election.

OIC chief Ekmeleddin Ihsanoglu, in a letter of congratulations, said he hoped “the relationship between Islam and Christianity will regain its cordiality and sincere friendship” under the new head of the Roman Catholic Church.

Ihsanoglu said that “over the last eight years, the OIC has called for and worked hard to propagate the idea of ‘historic reconciliation between Islam and Christianity’.”

“I would like at this historic moment to reiterate this call,” wrote the secretary general of the organisation based in the Saudi city of Jeddah.

Al-Azhar also called for “better relations” with the Vatican under the new pope following the suspension of dialogue after statements by Benedict XVI sparked Muslim anger.

“As soon as a new policy emerges, we will resume the dialogue with the Vatican which was suspended in early 2011,” Mahmud Azab, adviser for inter-faith affairs to Al-Azhar imam Ahmed al-Tayyeb, told AFP.

Benedict’s papacy was plagued by a series of public relations blunders that offended many from the start of his reign.

In 2006, the German pontiff sparked fury across the Muslim world when he recounted an anecdote in which the Muslim Prophet Mohammed was described as a warmonger who spread evil teachings by the sword.

Dialogue resumed in 2009, but was again severed after Benedict strongly called for protection of Christian minorities following a January 2011 suicide bombing at a church in Alexandria, Egypt’s second city.

At the time, the Cairo-based Al-Azhar said it would cut ties again with the Vatican over Benedict’s “repeated treatment of Islam in a negative way, and his claims that Christians and others are oppressed in the Middle East.”

According to Ali Bakr, an expert on Islamic affairs at the Al-Ahram Centre for Political and Strategic Studies, “a restoration of good ties between the Muslim world and the Vatican depends on the new pope’s personality, thinking and vision for reconciliation.”

In the wake of uprisings that erupted in 2011, Islamists have emerged as the most powerful political force in several countries across the Middle East and North Africa, exacerbating a feeling of insecurity among minority Christians.

This was especially the case in Egypt, the Arab world’s most populous country with more than 80 million inhabitants and where the Muslim Brotherhood’s Mohamed Morsi was elected president in June 2012.

Egypt also has the region’s largest Christian community, the vast majority of them from the Coptic Orthodox Church, but a small portion of whom are linked to the Roman Catholic Church.

Christians in the region are also fearful about the spread of the Salafi movement which advocates a fundamentalist interpretation of Islam dominant in Saudi Arabia.

But following the election of the new pope, Shaaban Abdel Alim of the hardline Al-Nur party in Egypt moved to assure that “as Salafists, we are not against dialogue (with the Vatican), but rather we welcome it.”

Georges Fahmi, an expert on Copts from the Al-Badael Centre for Political Studies in Cairo, said he expected the new pope to “uphold common values of Islam and Christianity” and to promote a return to dialogue.