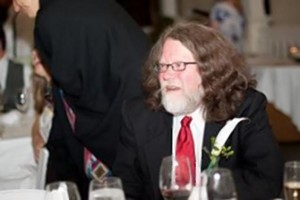 A university professor killed himself after being caught up in a catfish scam which saw him sending sexually explicit pictures of himself to someone he thought was a minor.

Texas A&M’s James Arnt Aune, 59, jumped from a campus parking garage Jan. 8 after a relative of the underage Louisiana girl he was contacting tried to blackmail him for $5,000.

Aune sent his alleged tormentor — Daniel Timothy Duplaisir, 37 — a text message just minutes before his death which said: “Killing myself now. And u will be prosecuted for blackmail.”

Police say Duplaisir took naked pictures and videos of his young relative and created a page on the social-networking MocoSpace.com.

Using a fake name, and the email address [email protected], he targeted several men — obtaining their phone numbers and sending them the graphic content.

Then, he would call his alleged victims — pretending to be the girl’s outraged father — and demand payment of thousands of dollars to cover the cost of her counseling.

Chron.com reports Duplaisir wanted married Houston father-of-two Aune, who was also chair of the school’s Department of Communications, to pay him $5,000.

An FBI affidavit revealed he threatened to call police and his employers if his demands were not met.

Aune, who told his wife in mid-December he was being blackmailed, allegedly handed him $1,000 and promised to send more money later on in the month, the document added.

Duplaisir, charged in 2011 with aggravated incest and oral sexual battery for allegedly abusing the same female relative he used in the scam, was indicted last week.

He is due to be arraigned in federal court Tuesday on a charge of using a phone and the Internet to extort money from Aune.