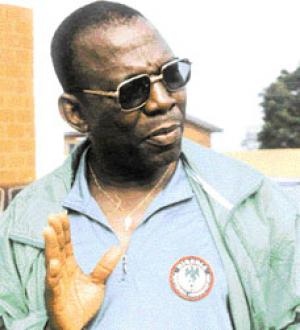 The FIFA/CAF Instructor, who recently turned 75, said by the general definition of a club,  no Nigerian club meets the criteria.

Onigbinde said, “In FIFA statute, Article 17 states that any football body must be capable of handling its affairs without interference from a third party.

“It also states that the executive of any football body must be democratically elected. For these reasons, we don’t have any football club in Nigeria. Even in the days of Abiola Babes, Stationery Stores and others, we had decisions being taken by a third party or a group of very few people.”

Explaining that football is a lucrative enterprise, Onigbinde emphasised that a group of 5, 000 people could come together to form a club.

He said, “I’m still hoping to establish First Football Club of Nigeria; that would be the name, First Football Club. I hope to get 5,000 people to contribute N1,000 each. After this, we will incorporate it. This is my next objective.

“This was what I wanted to do with Prime FC of Osogbo before the idea was scuttled. Some people would not like the idea of a club generating its own source of funding because they know that such money donated by members of the club cannot be embezzled.

“They would love to have money from government to run a club because they know that nobody would query them when they squander such type of money. At 75, it is too late for me to learn how to defraud.”