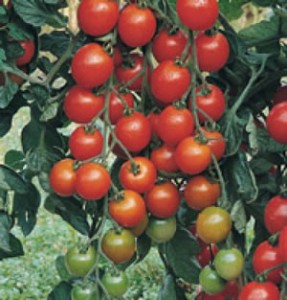 Researchers call them super foods. This is because of the numerous advantages that are inherent in them when eaten on a regular basis.

And because of the near wonders they do in the body, nutritionists call them ‘gender-friendly.’ In other words, the foods perform certain peculiar functions in the sexes, such that they help the bodies to stay healthy while also aiding biological needs.

The Head of Oncology Department, Lagos University Teaching Hospital, Idi-Araba, Prof. Remi Ajekigbe, notes that the recourse to western diet is one reason why cancers have become common in the country.

He recommends the consumption of simple, natural foods, which, he says, are rich, diverse and nutritional, compared to processed meals which are readily on offer in many eateries that dot every nook and cranny.

Ajekigbe warns that processed meals are dangerous because of their high level of sodium that can lead to hypertension, saturated fats that clog the arteries and huge number of calories that contributes to obesity — a leading factor for diabetes.

The oncologist’s view tallies with the result of some researches published in the Journal of the National Cancer Institute. This being the case, which foods should you eat, whether as a woman or as a man?

Top on the list is tomatoes, which contains lycopene. The natural chemical is also found in peppers and watermelons. Researchers say lycopene may be effective in preventing breast cancer among women. Furthermore, they say, evidence suggests that the powerful antioxidant can help reduce risk of heart disease — the leading cause of death in women.

Again, in men, a diet rich in tomatoes may reduce the risk of having a stroke. Indeed, in a study of 1,031 men, Finnish researchers discovered that those with the most lycopene in their bloodstream were the least likely to have a stroke.

Consequently, the Stroke Association has called for more research into why lycopene seems to have this effect.

Next on the list are cranberries, which are available in leading supermarkets all over major cities across the country. Researchers claim that regular consumption of cranberries can reduce the risks of breast cancer and heart disease in women. The fruit also prevents and cures urinary tract infections such as cystitis, which is eight times more likely to occur in women than men.

As for men, blueberry is it. Blueberries have been linked to a reduced risk of prostate cancer, what with their high levels of proanthocyanidins. Studies also suggest that the fruit may be effective in reducing risk of heart disease, Type 2 diabetes and age-related memory loss — a condition more prevalent in men than women.

In terms of animal protein, salmon has a multitude of positive health benefits for women. Not only is it rich in iron — which, experts say, is integral to the diets of premenopausal women — but it is packed with omega-3 fatty acids, known for their mood-enhancing effects. Nutritionists say omega-3 can help beat depression, which affects twice as many women as men; and prevent mood swings. Better still, when eaten during pregnancy, salmon can boost babies’ intelligence.

In men, omega-3 fatty acids have been linked to lowered levels of ‘bad’ cholesterol and can also reduce risk of heart disease, colorectal cancer, prostate cancer and depression.

Walnuts are in season and they are readily available. Also packed with omega-3 fatty acids, antioxidants and phytosterols, walnuts may help to reduce women’s risk of developing breast cancer, while the high omega-3 content may also help bone health, arthritis pain and depression. Walnuts also contain many nutrients such as calcium, magnesium and folic, all of which are essential for female health.

Nutritionists say magnesium, which is also found in spinach, relieves many of the physical symptoms of premenstrual syndrome which plagues women, while it also reduces swelling, breast tenderness, bloating and weight gain.

Brazil nuts hold the magic for men, as they are great for heart health and good skin. They are packed with selenium — a powerful antioxidant which studies say can boost sperm health and motility. Selenium is also good for lowering ‘bad’ cholesterol levels, preventing blood clots and lifting the mood.

The advertisers advise us to drink milk every day. Well, they may be right, as experts say milk is a great source of calcium, which, when combined with vitamin D (found in some varieties of milk and many fortified milk products), is not only good for preventing osteoporosis, but could ease, or prevent, symptoms of premenstrual syndrome.

For men suffering from hair loss, eggs may provide the perfect solution, nutritionists say. This is because eggs are an excellent source of protein, which is essential for hair growth, as well as being rich in biotin (vitamin B7). They say egg yolks are also a good source of iron, which some studies have suggested can alleviate hair loss that can be caused by anaemia.

Oats are not only great for heart health, digestion and blood pressure levels, they also contain vitamin B6, which can help prevent PMS and mood swings; and folic acid, which is important for women to consume before and during pregnancy to prevent birth defects in babies. For women over 50 who are likely to suffer hypertension, oats is an excellent way of lowering the possibilities.

For men, oats are good for general wellbeing and can also help alleviate depression.

Broccoli and other cruciferous vegetables like cabbage and sprouts contain a strong cancer-fighting chemical, sulphoraphane, which researchers say may reduce men’s risk of developing cancers of the bladder, prostate and colorectum.

Broccoli is also good for women because it fights bladder cancer, which is more common among women than men.

Experts claim that garlic boosts heart health, and for males who regularly eat it, it could help lower their cholesterol levels. Researchers also say regular consumption of garlic and onions could help lower men’s risk of developing prostate cancer.

Easterners are familiar with oysters, which they use in soups like Edika-ikong and banga, among others. Yet, they may not be aware that oysters are the highest natural source of zinc — an essential requirement for men’s fertility and sexual health. Zinc helps men to maintain healthy testosterone levels and super sperm production.

Now, these foods are available and could be eaten separately or in combination. The choice is yours.