1. Use the Three Amigos 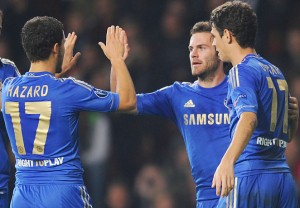 When Man City visited Stamford Bridge for Benitez’s first match in charge of Chelsea, the Interim One started the Three Amigos in support of Fernando Torres. The 0-0 draw was overshadowed by the passionately hostile reception from the fans, but the shutout was partly because of the team effort involved in containing all three players.

Juan Mata, Eden Hazard and Oscar are all players capable of individual brilliance. The understanding that they have fostered this season as a kind of team within a team is remarkable, and it forces opponents to change their game. The likes of Sergio Aguero and Carlos Tevez will still look to exploit the attack, but Yaya Toure and David Silva will be drawn into a more defensive game.

If Chelsea can be persistent yet patient, as they were in their quarterfinal against Manchester United, a moment of brilliance from Mazacar will see them through to the final.

2. Stop Sergio Aguero
After his final-day heroics at the end of last season, it is hard to read Aguero’s name without cranking the volume and adding several o’s at the end. He has 10 Premier League goals from 18 appearances and will look to exploit Chelsea’s shaky defence. 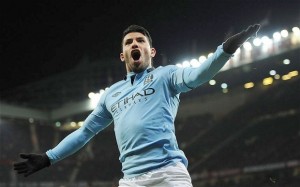 If Roberto Mancini starts him then it would be best if John Obi Mikel is assigned as his shadow for the match. Aguero is a huge threat on the counter and Mikel is the only defensive midfielder disciplined enough to stick with him.

David Luiz likes to roam too much, Ramires is an attacking midfielder and Frank Lampard will most likely be left on the bench. Whilst Benitez has never used man-marking as his only defensive system, he will need to employ it if Aguero starts this semifinal 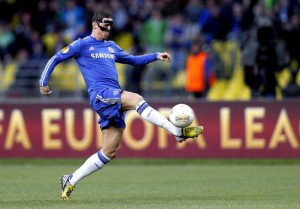 With his Current run of form, he should in my opinion get nod ahead of Demba Ba who remains just an option for this game

It sounds obvious, but Manchester City have not lost a Premier League game after scoring first in the entire 2012-13 season. Chelsea may be the comeback kings, but tired legs will make it difficult to break down a City side defending an early lead. 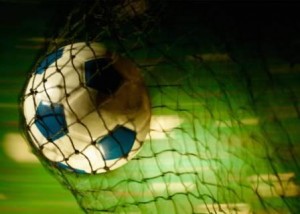 Fernando Torres seems to have found himself behind his Zorro mask, and he will need to continue his recent run of first-half goals to give Chelsea their best chance of advancing to the final.

Read the full article on http://wolexis.blogspot.com/