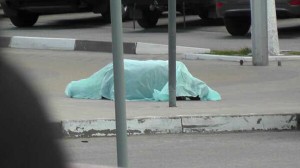 Police are on the trail of a suspect in the in the shooting in the Russian city of Belgorod. A gunman opened fire near an arms shop, leaving six people dead and one injured. A 14-year-old girl is among those killed.

Belgorod authorities earlier stated that the suspect had been detained by police. However, they then said that the report was published on the local administration’s website by mistake.

“Information on the detention of the suspect has not been confirmed, the Interior Ministry told us two minutes ago,” the city administration’s press service told Interfax. 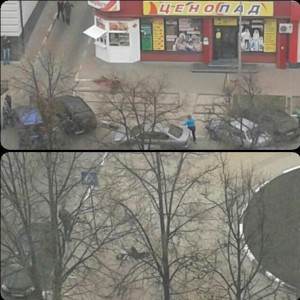 Police have allegedly determined the whereabouts of the shooting suspect and sent special forces to the area, a source at the law enforcement agency told RIA Novosti. His residence has also been cordoned off by police.

About 2pm local time (10:00 GMT) the gunman drove up to a shop in a dark BMW X5. Getting out of the car, he opened fire in the street and then inside the shop, according to RIA Novosti.

One of the injured – a 16-year-old girl – later died in local hospital’s ICU.

The suspect Sergey Pomazun, 32, has a criminal record and has earlier been convicted four times, “mainly for thefts,” a source at regional Interior Ministry Told Interfax. It is alleged that he attempted to rob the arms shop.

According to Russia’s gun laws, Russian citizens can only buy smoothbore shotguns, gas pistols, or traumatic rubber-bullet revolvers. After five years of safe use of any of the above weapons one is allowed to purchase a rifle or carbine. However, merely having a gun license does not allow a citizen to carry a rifle – it is also obligatory to become a member of a hunting-and-fishing club. 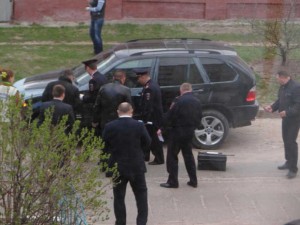 Police have found the suspect’s car in the neighbourhood nearby. However, he managed to flee the scene.

Conflicting reports suggest there were two suspects in the shooting, with witnesses having seen them according to Interfax. The two may have been father and son, according to ITAR-TASS.

Belgorod is a city with a population of over 420,000 people. It is located in the south of Russia’s European part, just 40km from the border with Ukraine.