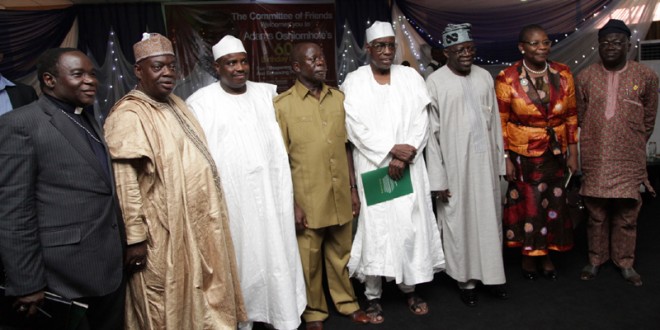 The National Leader of the Action Congress of Nigeria, ACN, gave the warning in Benin, Edo State, while speaking at a lecture to mark the 60th birthday celebration of Governor Adams Oshiomhole.

The lecture, which was attended by 14 state governors across party lines, had the theme: “Deepening Democracy and Enhancing Public Well-being.”

The ACN leader also called for the amendment of the country’s Electoral Act to include biometric registration and revalidation of voters.

He said: “There is the need for the introduction of the biometric system in the registration, revalidation and accreditation of voters during elections. This is different from the electronic voting system. If Ghana and Sierra Leone can do it, nothing stops Nigeria from doing so.”

On the controversial Excess Crude Account, ECA,Tinubu called for its abolition saying it is illegal.

“The Excess Crude Account is illegal and I therefore urge the governors of the 36 states of the federation to challenge it at the courts because the constitution states that all revenues from the nation’s resources must be paid into the Federation Account,” he said.