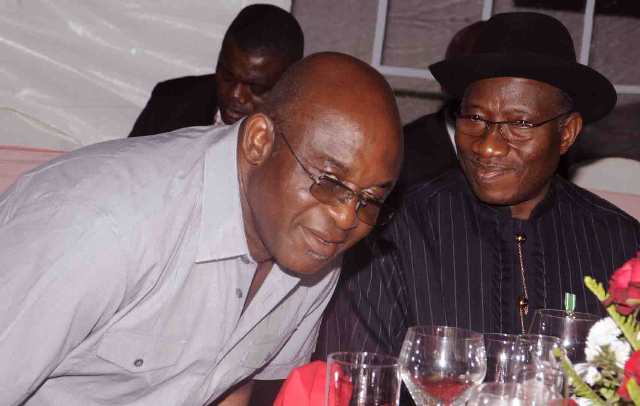 President Goodluck Jonathan has praised the Senate President, Senator David Mark for consistently demonstrating “exceptional patriotism” and capably leading the National Assembly into a productive partnership with the executive arm of the Federal Government in the overriding interest of national progress and development.

In a congratulatory letter signed by Special Adviser to the President on Media and Publicity – Reuben Abati – and addressed to Senator Mark who attains the age of 65 today, April 8, 2013, President Jonathan commended the Senate President for exhibiting great faith and commitment to peace, unity, stability and progress in Nigeria in the various capacities that he has served the country in a glittering career of public service.

“I write to convey my goodwill and warm felicitations to you on the occasion of your 65th birthday anniversary.

“Over the past years, you have consistently demonstrated exceptional patriotism and abiding faith in the peace, stability, and progress of our dear nation in every capacity in which you have been called upon to serve: through distinguished service in the military; as a military governor, and member of the Federal Executive Council.

“You have brought these worthy ideals to bear on the discharge of the functions of your high political office as President of the Senate and head of the legislative arm of government.  It is therefore no surprise that you have been able to lead the National Assembly on the path of constructive engagement and productive partnership with the Executive in the larger national interest, without compromising the independence of the legislature,” the President wrote.

Wishing him happy birthday celebrations, President Jonathan prayed that God Almighty will continue to keep Senator Mark in robust health and bless him with many more years of distinguished service to Nigeria.