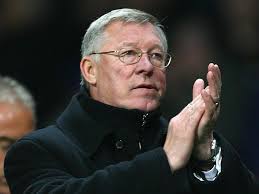 City defeated the league leaders 2-1 at Old Trafford, after substitute Sergio Aguero scored a stunning winner, but Ferguson insists that Carlos Tevez was in an offside position for the goal and obstructed goalkeeper David de Gea’s view.

“The first goal, certainly Tevez is interfering with play. But the linesman on the other side? There is no way he was giving that. It was disappointing as he was clearly in the road of the goalkeeper. If that is not interference then I don’t know what is,” he said.

The Scot was also unimpressed with this side’s defending for both goals, stating that: “In the second half we were the better team. We have to look at ourselves in terms of the goals we lost, we know Aguero is a fantastic finisher, that is what they brought him on for. We gave him a lot of room for the goal.”

Ferguson was however pleased with how strikers and Phil Jones played.

“There was a lot of plus sides and evidence our form is good. Robin van Persie was fantastic, almost 90 minutes for Wayne Rooney will bring him on again after missing a couple of games,” he said.

“Phil Jones was magnificent. He’s only played two games at centre-back this season and that tells you what a good player he is, at 21 years of age he is a man. He was fantastic.”