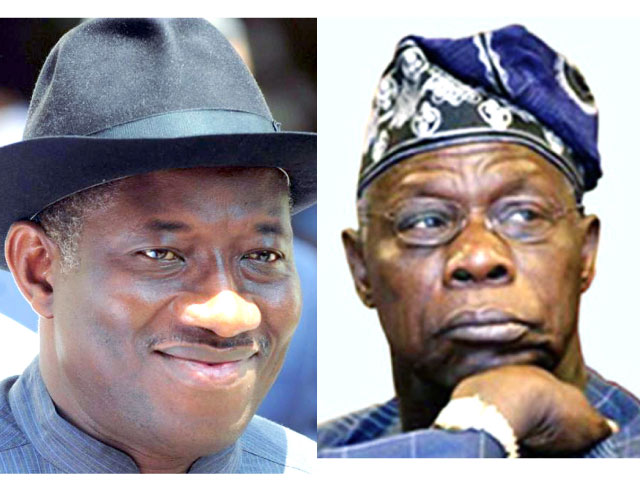 Ex-President Chief Olusegun Obasanjo yesterday berated President Goodluck Jonathan’s administration for harassing cabinet members under his administration insisting that if anyone was to be blamed for any lapses, he should be held responsible as he was ‘the one in charge.’

Obasanjo said this at the 50th birthday thanksgiving service held at the Redeemed Christian Church of God in honour of former Minister of Education, Oby Ezekwesili, in Abuja.

Ezekwesili served as minister of solid minerals development and later education during the Obasanjo administration.

Obasanjo declared that he was sure Ezekwesili would emerge unscathed because of her integrity and commitment to public service.

He said that “actually those who wanted to probe you (Ezekwesili), you should have asked them to (come to me) because if they are honest probers they would find out that government of Nigeria should give you money for what you have done for this country without stealing money.

“I have always said this, whatever you want to blame in my government, blame me, don’t blame any of those people who assisted me. If there is any credit to dispense, we share it. But for anything you want to say is wrong, I was the one in charge and I was in charge,” Obasanjo said.

The former President also described as ‘chop chop’ the proposed establishment of an agency that will monitor oil pipelines across the country.

“This morning, I was travelling from Abeokuta, I was listening to radio, I heard that they said that they are going to set up an agency for pipeline protection. Now, what are the police there for? What are all the security agencies that we have doing? This is another chop chop,” he said.

“I just hope that we will get it right. We have no choice; we have to get it right. Let us decide individually that I would do what I have to do to bring about change in Nigeria. If you do that, let me assure you, you will be called names. You will be abused; some people are hired to do that. But like Oby, say what you believe is right and stand by it,” he said.