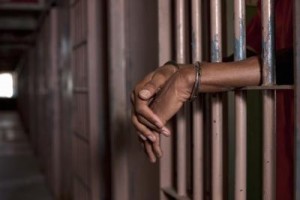 As President Goodluck Jonathan inaugurates Boko Haram amnesty committee today, having succumbed to pressures from Northern religious and political leaders to grant amnesty to the sect, Catholic Archbishop of Lagos, Most Rev. Alfred Adewale Martins has advised the Federal Government to be cautious.

The Catholic archbishop called on President Jonathan to urgently initiate a broad-based dialogue with all ethnic nationalities in the country to engender lasting peace in the nation.

Reacting to the setting up of a Presidential Committee to recommend ways of commencing disarmament and providing amnesty for the Boko Haram sect, the Catholic Archbishop, in a statement signed by the Director of Social Communications, Very Rev. Msgr. Gabriel Osu, said that the best option left for the President in salvaging what is left of the fragile unity of Nigeria, was to initiate a national dialogue where the different ethnic nationalities can table their grievance with the aim of resolving them amicably.

Martins said, except the President considers this option, any attempt to shortcut a holistic approach to resolving the insecurity in the land by offering unconditional amnesty to the Boko Haram sect, would only infuriate other sections of the country and serve as a springboard for the emergence of fresh wave of terrorism across the country.

“President Goodluck Jonathan must be more pragmatic in his approach to solving the security challenges in the country. He needs to be seen as finding a holistic solution to the lingering insecurity in the country. Insecurity is not limited to the north alone; there are frequent incidences of kidnapping in the South East while MEND has renewed hostilities in the South-South.

“Even Lagos has not been spared of the activities of kidnappers and assassins. What about the church which has often fallen victim of attacks? All these are pointers to a systemic failure. We must get to the root causes of all these hostilities in our land through dialogue. That is the only panacea for lasting peace,” the Archbishop warned.

The Prelate advised the president to be cautious in his approach and wondered why amnesty should be granted to a faceless group of people who have not shown any remorse for their misdeed.

“For there to be reconciliation, there must first be admittance of guilt and then an offer of forgiveness. But in a situation where the villains are now being made into saints, smacks of inconsistencies on the part of the authorities. What now happens to the families of the deceased and all those who lost all their life savings in the carnages? President Jonathan has a moral burden to ensure that he protects the interest of also the weak and the vulnerable and not muzzle same on the altar of politics,” he concluded.