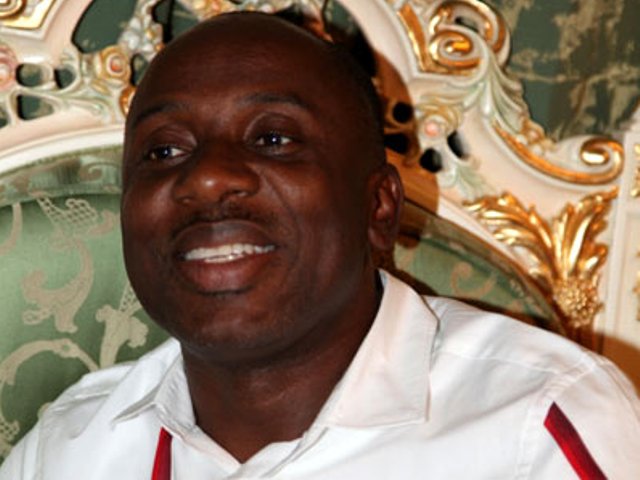 The cold war between the governor of Rivers State – Rotimi Amaechi and the Presidency assumed a different dimension when he accused hawks within President Goodluck Jonathan’s administration of plotting to remove him as Chairman of the Nigeria Governors’ Forum.

Mr Amaechi claimed that his strong and public condemnation of corruption in the petrol subsidy payments by the Federal Government led to his blacklisting by the President who has gone further to exclude him from some official programs.

Ameachi who spoke in Ikogosi Ekiti State at a seminar organised by The Future Project on Saturday, said the presidency was dissatisfied with his insistence as NGF chairman that complete transparency and accountability be brought to the payment of petrol subsidy.

While explaining that the state governors were not opposed to fuel subsidy but were frustrated “about the corruption in it”, accused officials who supervise payment of the subsidy regime of fraud saying, “they balloon the figures.”

The Rivers Governor said it was for this reason that the Governors Forum was in court to challenge the legality of the federal government’s action of using money meant for the three tiers of government (federal, state, and local government) to pay for petrol subsidy.

He questioned the sincerity in the federal government’s payment of the petrol subsidy saying “oil subsidy is criminal,” and alleged that the presidency was displeased with him for his stance.

“It is one reason they (the presidency) don’t want me as governor’s chairman,” Mr. Amaechi stated.

It will be recalled that Mr. Amaechi’s tenure as NGF chairman comes to an end in May, although he is eligible for re-election.

The Rivers State governor further alleged that the presidency had stopped inviting him to join Mr. Jonathan’s entourage on foreign official visits.

It is the norm in Nigeria that when the president is travelling for official engagements outside the country, some governors, ministers, legislators and top businessmen accompany him in order to use the opportunity to interact with, and attract foreign investors to their domains.

Mr. Amaechi said the last time he was invited for such was a trip to Turkey before his recent spat with Jonathan.

“That (the Turkey trip) is about the last trip. They don’t like taking me again to come with them,” he said.

The governor revealed that many senior PDP and government officials had cautioned him on his public statements about the federal government’s (in)actions.

“Amaechi, don’t talk again now,” the governor quoted some advisers as telling him in order to return to Mr. Jonathan’s good books.

The Rivers Governor however indicated his willingness to stand firm on his beliefs despite the fact that “when the president talks, everybody catches cold.”