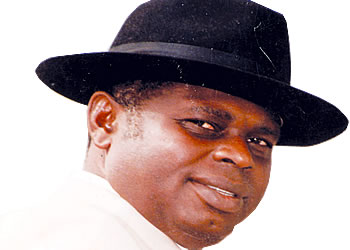 President Goodluck Jonathan’s benefactor and former Governor of Bayelsa State, Chief Diepriye Alamieyeseigha, has told all who care to listen that there is no vacancy in Aso Rock because his protégé will remain the Commander-in-Chief beyond 2015.

Alamieyeseigha said: “Aso Rock is not vacant. The northern agitators will all at the appropriate time join the moving train. They may have their opinion but I can assure you that President Jonathan will remain as the President of the Federal Republic of Nigeria, come 2015″.

Baring his mind on the presidential pardon granted to him by the Council of State, Alamieyeseigha said it was a negotiated deal which started under the late President Umaru Musa Yar’Adua’s tenure and that it is in order.

He said: “It was a pardon that was negotiated. This pardon was negotiated and if I fulfil my own part of the bargain, why shouldn’t the Federal Government fulfills its part? People who don’t know what happened are the ones talking. But if I opened my mouth, those who are talking will keep quiet.

He said: “President Goodluck Jonathan was part of the negotiating team. There is no person in this country that knows issues surrounding Alamieyeseigha better than Mr President. He was my deputy governor and all that transpired were known to him. I’m already writing my memoir. At the appropriate time, you will know.”

In a veiled attack at former President – Olusegun Obasanjo, Alamieyeseigha said, “without Yar’Adua, I would have died by now. Otherwise they would have even killed me. The person behind it is somebody all of you know. Somebody used the phrase, Oga at the top. You know him and he will be exposed at the right time.” 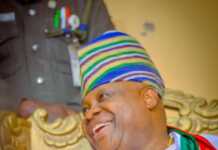