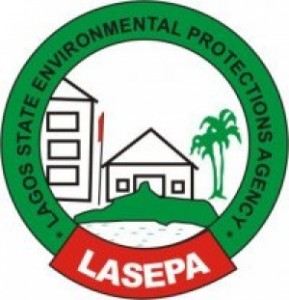 The Lagos State Environmental Protection Agency, LASEPA, on Thursday sealed off about 15 companies located in various industrial and residential areas in Lagos.

LASEPA’s Director of Enforcement, Mr. Kayode Bello, who led the team, said the companies and factories were shut down because they were “sources of environmental degradation and pollution.”

When the team, which was backed by armed policemen, arrived at two of the companies – Primlaks Galvanizing Industries and Eureka Metals Limited, the employees were caught unawares.

Bello gave orders from a hand-held megaphone. He told workers at Primlaks to drop their tools and vacate the premises immediately. The workers, numbering hundreds, trooped out of the factories.

The LASEPA team pointed at some oil and aluminium sludge in the companies’ drain.

“This oil is collected and channelled by the drains into streams and rivers, where they contaminate aquatic life. The fishes in the water are in turn eaten by Lagosians and these cause various diseases,” Bello said.

“We have warned these companies several times in the past, and we even recommended ways to abate the pollution, but they did not comply. Their offences include air and noise pollution, discharge of sludge from furnace into the environment.”

According to the Production Manager of Primlaks, Joel Adebomi, the production wastes, which were packed in plastics, contained zinc and lead. He said the wastes were bought by “outsiders who refine and resell them.”

The General Manager of LASEPA Mr. Rasheed Shabi said, “After warning these companies, their proprietors went about sending people to us. There is nobody above the law. Before we reopen them, they must put our recommendations in place.”