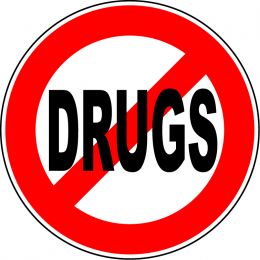 In what could be described as a shocking revelation by Commander of the National Drug Law Enforcement Agency (NDLEA) in Adamawa – Alhaji Hassan Zungeru, drug addicts in the state have now resorted to inhaling Lizard dung and dirty drainage ‘gutter’ water.

Speaking to newsmen in Yola the State capital, Zungeru said most of the drug addicts in the state were unemployed youths who could not afford what he called the costly ‘classified drugs’ of abuse.

According to him, “Lizard dung and gutter water is now becoming an emerging trend because the well classified drugs of abuse are beyond the reach of the youths who are mostly unemployed”.

He listed the commonly abused substances in the state to include: Indian hemp, tramol, rubber solution, cough syrup with codeine.

However, the commander said the agency would not fold its arm and allow the disturbing development to continue hence its collaboration with the Adamawa Emirate Council with support of the state government to embark on sensitization and awareness tour of rural areas to educate the populace against the menace of drug abuse and illicit drug trafficking.