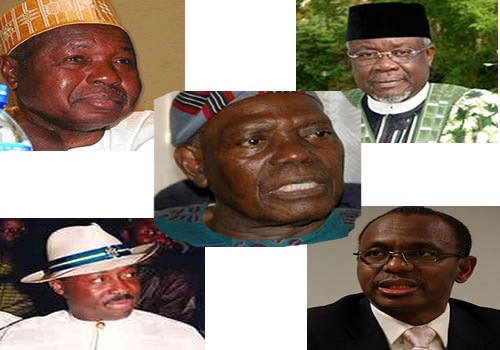 The opposition All Progressives Congress (APC), has named Chief Bisi Akande, as its National Chairman. Also named as Deputy National Chairman, North, was former Speaker of the House of Representatives, Alhaji Aminu Masari.

The decision was reached after a closed door meeting in Abuja, late on Monday.

This was confirmed by the Congress for Progressive Change, Mr. Rotimi Fahakin in Abuja, on Tuesday night.

He said the appointment which was “part of the requirements (set by INEC) for the registration of the new party was a collective decision of all the merging parties.”

“(Former Speaker of the House of Representatives) Aminu Masari is the Deputy National Chairman North.

“Chief Tom Ikimi is the National Vice Chairman South-South. Chief Niyi Adebayo is for the South-West.”