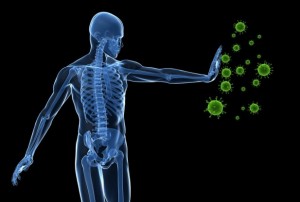 Researchers at McGill University in Montreal have developed computer simulations that better explain how a person’s immune cells can detect foreign antigens and fight infections.

In an effort to determine exactly how the body’s natural defenses are able to sort through large amounts of similar-looking proteins in order to locate and eliminate harmful invaders, physics professor Paul François and graduate student Jean-Benoît Lalanne used computational tools to study how the process works.

They discovered that the antigen-fighting process is related to the phenomenon of biochemical adaptation – a mechanism that enables organisms to cope with a variety of different environmental conditions. According to the authors of the study, their work could prove essential insight into AIDS and other immune diseases.

“For immune cells, singling out foreign proteins is like looking for a needle in a haystack – where the needle may look very much like a straw, and where some straws may also look very much like a needle,” François said. “Our approach provides a simpler theoretical framework and understanding of what happens” as the immune cells sort through that “haystack” in search of foreign antigens and to trigger the body’s immune response.

The researchers’ computer simulation used an algorithm that was inspired by Darwinian evolution, the university explained. The algorithm randomly creates mathematical models of biochemical networks, and then scores them by comparing their properties to those of an actual immune system. The highest-rated networks are duplicated in the next generation and mutated, a process that is repeated until the networks achieve a perfect score.

“Our model shares many similarities with real immune networks,” explained François. “Strikingly, the simplest evolved solution we found has both similar characteristics and some of the blind spots of real immune cells we studied in a previous collaborative study with the groups of Grégoire Altan-Bonnet (Memorial Sloane Kettering, New York), Eric Siggia (Rockefeller University, New York) and Massimo Vergassola (Pasteur Institute, Paris).”