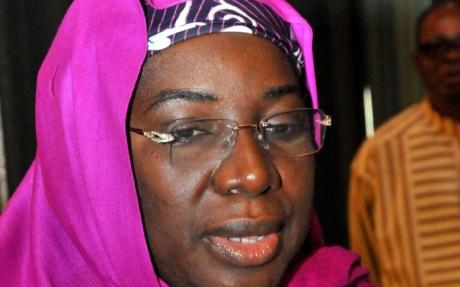 The Minister of Education, Prof. Ruqayyatu Rufa’I has said Nigeria would conduct a head count of out-of-school children in 2014.

Rufa’I announced this when she received a delegation from UNESCO in Abuja on Monday.

She said President Goodluck Jonathan had directed that the Ministry to partner with states and come out with a clear and workable strategy to address the issue of out-of-school children.

According to her, the ministry plans to reduce the number of out-of-school children significantly between now and 2014 as Nigeria has the highest number of such children in the world.

She said Nigeria was willing to accept statistics given by agencies as the country’s development partners.

“We will not challenge such statistics. What is most important to us is to address the main issue; and that is let every Nigerian child be in school, that is our target,” she said.

The minister said Nigeria was always ready to partner with organisations to enhance data to be used for development and measurement of progress.

Rufa’I, therefore, called on UNESCO to assist Nigeria in addressing the issues of enhancing data and ranking of Nigerian universities.

“Every Nigerian university has something to showcase, but because of inadequate ICT facilities and power instability, not much is discovered about them. This contributes to their being ranked low,” she noted.

The Director of UNESCO Office in Dakar, Dr Ann-Therese Ndong-Jatta, pledged the agency’s support to help enhance Nigeria’s data quality for the development of the education sector.

Ndong-Jatta expressed UNESCO’s readiness to support Nigeria in the development of the sector, especially in the area of teacher training and development.

She said the Agency could only do that based on accurate and timely data.

She said education was a vital component of the agency’s mandate and called for an enhanced data on the sector to enable it to fulfill its mandate.

The director said Nigeria’s role in the actualisation of the agency’s goal was vital because it occupied a strategic position on the African continent.

She urged the country to speed up preparations toward post Education for All (EFA) Goal 2015 and support other African countries in doing so.

Ndong-Jatta urged Nigeria to mobilise other African countries toward the realisation of this goal as Africa is lagging behind. (NAN)