FACTBOOK: Coronavirus In Nigeria — Everything You Need To Know

By Gbenga OdunsiAs Nigeria further shuts down in the wake of the coronavirus pandemic, and more cases are being recorded...
Read more

The United Nations has praised Nigeria for it's handling of the Coronavirus pandemic.Nigeria, Africa's most populated country with an...
Read more

The ministry of foreign affairs has directed all its missions abroad to get the list of Nigerians abroad who...
Read more 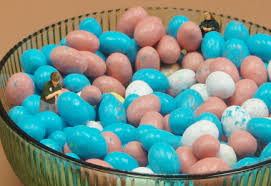 A New Jersey police chief said he is “extremely grateful” to a man who foiled a bank robbery by striking the suspect in the head with a candy dish.

Bank customer Anthony Farrington, 35, overheard Campbell, grabbed a candy dish and hit Campbell in the head with it.

Campbell’s head struck the counter and Farrington was able to bind his hands with a phone cord.

“I was thinking that I had to do something before someone got hurt, that was pretty much it,” Farrington said. “I didn’t do it to get any glory out of it.”

Campbell was arrested on a charge of first-degree robbery and held on $200,000 bond.

“Anthony Farrington single-handedly thwarted a bank robbery, and for that I am extremely grateful,” Scianni said.

Coronavirus: We Are Expecting Medical Team From China – FG

As the cases of coronavirus keep going on the rise in Nigeria, the federal government has revealed that a team of medical experts is...
Read more

Nigerian Man Mourns Brother Who Died Of Coronavirus In England

A Nigerian man, Kola Adesina says he lost his brother to coronavirus in EnglandAdesina took to his Instagram to mourn his first cousin simply...
Read more