It was boundless joy at St Ives Hospital Lagos when a 53-year-old woman was recently delivered of two bouncing baby boys. The woman was conceived through Invitro Fertilisation (IVF), having waited for over 20 years in humiliation and agony.

IVF is a process by which an egg is fertilised by sperm outside the body. The process involves monitoring a woman’s ovulatory process, removing ovum or ova (egg or eggs) from the woman’s ovaries and letting sperm fertilise them in a fluid medium in a laboratory.

The fertilised egg (zygote) is then transferred to the patient’s uterus (womb) after three to five days of being in the incubator, with the intention of establishing a successful pregnancy.

In a chat with Vanguard in Lagos, the elated woman, who pleaded anonymity, probably for cultural reasons, described it as “20 years of tensed waiting for her marriage to produce fruits.”

The jubilant nursing mother and her husband said they were not after publicity but decided to speak to the press in order to encourage couples who are presently facing similar challenges in their marriage not to give up, adding that it is never too late for anyone.

She admitted that she has almost given up when it was obvious that menopause had set in but continued to exercise her religious faith, until according to her, God directed her to St Ives Centre, even when she was not having the required money to carry out the IVF circle.

“ If one is in a marriage for two – three years, and has no child to show for it, as an African, there will be pressure, so mine was not exceptional. Though my people respected my person, there were pressures both from within and outside. But l held on to God because I’m a strong Christian and l know He never fails. I serve a living God who is faithful despite our unfaithfulness.

“I heard about St Ives just by chance. That was in September last year. Coincidentally, l did my Masters programme at Obafemi Awolowo University (OAU), very close to the hospital, and l never knew this place existed. It was divine and all things work together for those that love God.

“My advice to every woman wanting fruit of the womb is that they should hold on to God and l pray for them that their joy should come into manifestation soon. There is nothing impossible for God, it could be difficult with man but certainly not with God. If He can do mine at 53, it shows no case is concluded.

“For me, l see it as a reward for my past shame. God has given me double glory, my two boys. It is more than a miracle. And for the management of St Ives, l keep praying for them because they are not after one’s money, if they were, l couldn’t have registered.

“People used to call me Big Mummy, but God has given me a new and better name, ‘mummy twins’. l am now a fulfilled woman,” she narrated.

Her husband, who claimed to be four months older than his wife, said he knew his wife at age 12 when they were in secondary school but time and space set them apart for separate marriages where the man was fortunate to have children unlike the woman.

Fate however reunited them to become a happy family today having known each other for over 40 years.

He said the joy that the twins brought to the family had overridden their past apprehension; trauma and agony all through the years of his wife’s infertility, adding that she might have wept secretly on countless occasions.

“Today, all we are saying is thank you God. My wife had fasted and prayed and l believed that is why you see her looking like under sixteen now. I must confess that everybody is happy,” he said.

Reacting on the feat, Chief Medical Director of St Ives Hospital, Babatunde Okewale said the hospital’s Fertility Unit adopts a success-oriented approach towards infertility, focusing on solution for infertile couples at an affordable cost rather than doing endless investigation and tests.

The cost of IVF in most Nigerian hospitals, he said, was relatively between N650,000 and 1 million per circle and that was largely dependent on an individual patient. He noted that it was never a cheap process globally as it costs about 10, 000 dollars and above 5, 000 pounds in the United States of America and United Kingdom respectively.

Okewale pointed out that there were other procedures in medicine that were more expensive than IVF, giving kidney transplant and hip replacement that cost over N1 million as examples. He maintained that the procedure was affordable by most Nigerians.

He revealed that through IVF, about 550 babies have been delivered at his hospital which was established five years ago. He said St Ives does a half price promo once a year, in collaboration with some Non-Governmental Organisations.

Okewale further stated that the hospital is highly specialised in treating repeated IVF failure, provides treatment for men diagnosed with sperm problems and in elderly patients with a success of about 30 percent, including the conception and delivery by a 57-year-old woman.

As infertility continues on the rise worldwide, he enumerated some of the causes as urbanization, pollution, stress, chemical exposure, career orientation, late settlement in life, non-properly treated infections, obesity and abuse of antibiotics.

Urging Nigerian women to start bearing children earlier, he also said that the success of IVF was determined by age and the earlier the better. 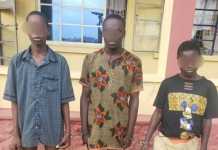 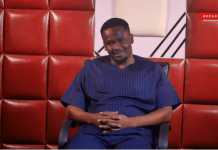 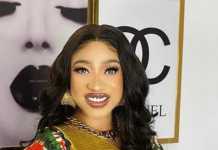