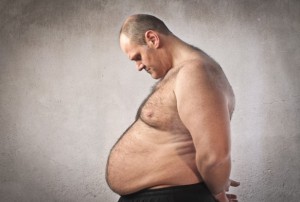 A new study based on a long-term data from the National Institutes of Health (NIH) has found a connection between weight gain and changes to personality traits.

“We know a great deal about how personality traits contribute to weight gain,” said the study’s lead authorAngelina Sutin of the Florida State University College of Medicine. “What we don’t know is whether significant changes in weight are associated with changes in our core personality traits. Weight can be such an emotional issue; we thought that weight gain may lead to long-term changes in psychological functioning.”

The study was recently published in the journal Psychological Science and included over 1,900 people from NIH’s Baltimore Longitudinal Study of Aging and the Baltimore Epidemiologic Catchment Area study. The researchers used data about participants’ personality traits and their body weight that were collected at two points a decade apart.

An analysis of the data revealed a connection between a minimum 10 percent increase in body weight and an increase in impulsiveness compared to those who recorded minimal weight change. The data was unable to show a direct cause-and-effect relationship, but they do reveal a link between a person’s physiology and their behavior.

The researchers also found an increase in deliberation among those who had gained weight, marked by a greater propensity to think longer about their decisions. While the tendency for deliberation tends to increase as a person progresses into adulthood, the increase was almost twice as much for participants who gained weight compared to those who kept a stable body weight.

“If mind and body are intertwined, then if one changes the other should change too,” Sutin said. “That’s what our findings suggest.”

The researchers theorized that this connection between weight and increased deliberation could be the result of perceived negative feedback from those around them. The weight gain could be giving people increased anxiety surrounding eating or social situations, they said.

Taken together, the findings suggest that those who gain weight are more conscious of their decision-making, yet still have difficulty resisting temptations.

“The inability to control cravings may reinforce a vicious cycle that weakens the self-control muscle,” the researchers wrote. “Yielding to temptation today may reduce the ability to resist cravings tomorrow. Thus, individuals who gain weight may have increased risk for additional weight gain through changes in their personality.”

Strategies to combat weight gain often focus on either the physiological or the psychological, but these results could suggest a more holistic approach.

In writing a column for the Tampa Bay Times, psychiatrist Dr. Lavinia Rodriguez advises that ‘last resort’ procedures like gastric bypass should be accompanied by addressing any psychological issues that may have caused the weight gain in the first place.

“When patients regain weight after bariatric surgery, it’s usually because of psychological issues,” Rodriguez wrote. “It’s not always deep-seated problems that stand in the way of success, but seemingly simple things like perfectionism, attitudes about exercise, and other common issues.”

She recommends that these patients pursue a common-sense fitness and diet regimen after undergoing surgery.