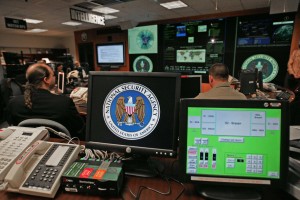 Nineteen US organisations have filed suit against the National Security Agency, NSA claiming their constitutional rights were violated by the secret spy agency’s data collection programs which was leaked by, now wanted Edward Snowden.

The Electronic Freedom Foundation filed the action on behalf of a variety of groups including the First Unitarian Church of Los Angeles, the gun rights group Calguns Foundation, Greenpeace and Human Rights Watch.

“Our case seeks to apply the right of association in the digital age,” said EFF lawyer Cindy Cohn.

Cohn said the suit, based on a longstanding Supreme Court ruling, contends the government’s collection of “metadata” or information on calls placed, without the content of the conversation, allows the government to monitor who is associating with various groups.

“People who hold controversial views – whether it’s about gun ownership policies, drug legalisation, or immigration – often must express views as a group in order to act and advocate effectively,” said Cohn.

“But fear of individual exposure when participating in political debates over high-stakes issues can dissuade people from taking part. That’s why the Supreme Court ruled in 1958 that membership lists of groups have strong First Amendment protection.”

“When the government collects information about who calls whom, when, and how often, they get a vivid picture of a person’s contacts and associations. In the past, authorities have tried to compile lists of association members to discourage people from joining certain groups,” Siy said.

Others joining the suit include the California Association of Federal Firearms Licensees, Competitive Enterprise Institute, Council on American Islamic Relations, National Organisation for the Reform of Marijuana Laws, People for the American Way and Students for a Sensible Drug Policy.

The case is the latest in a wave of legal action since revelations in the media about the PRISM program, believed to collect vast amounts of phone and internet data as part of efforts to protect national security.

In a separate case on Monday, the secret US court overseeing national security investigations opened the door to declassifying documents related to the government’s data collection program in a case involving internet giant Yahoo!

The Foreign Intelligence Surveillance Court said the government should review which documents should be declassified and inform the court of its decision by July 29.

Other internet companies including Google and Microsoft have also sought declassification of documents.