Umar Ardo, a gubernatorial aspirant in Adamawa State under the platform of the ruling Peoples Democratic Party, PDP, has said President Goodluck Jonathan’s is not eligible to contest the presidency in the 2015. 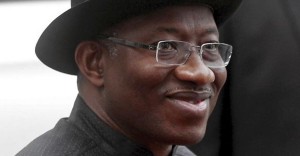 “The president himself promised not to contest in 2015 during his 2011 electioneering campaigns. Now a leader’s word must be his bond,” he said.

Q: There have been calls from some persons for President Jonathan to re-contest in 2015. Do you support such calls?

A: No, I don’t support such calls because of many reasons. Firstly, because I distrust the motives of those leading these calls: Chiefs Edwin Clark and Tony Anenih, among many others.

There is a moral angle to it. The president himself promised not to contest in 2015 during his 2011 electioneering campaigns. Now a leader’s word must be his bond. All through history, the most essential ingredient for leadership has always been character. Although other ingredients such as capacity, empathy, humility, toughness and intelligence are often mentioned, these traits are all too often really subordinate aspects of character. Without character, no man is fit to lead others. Because leaders hold not just the lives of the people but even determine the destiny of society, it is extremely important that people trust those who lead them. Unless the President comes out and tells why he said he was not contesting during his campaign and why he will now want to shift position to contest he will likely fall under this category.

There is also the legal angle. It is my contention that based on the implication of the Supreme Court judgment of INEC versus the 5 PDP Governors (Nyako, Sylva, Imoke, Wamako and Idris) the president is unarguably ineligible to contest; and any judgment of a High Court Judge is to me clearly directly in contrast with the logic and conclusions of that Supreme Court judgment, where the apex court adopted two basic principles in its interpretation of the constitution in calculating the 4-year tenure system. Firstly, that Governors – and the President – are elected for four years and eligible to re-election for another four years and no more. On the basis of that the Supreme Court declared: “The 1999 Constitution has no room for self –succession for A COMMULATIVE TENURE EXCEEDING EIGHT YEARS. …. It is very clear from the relevant provisions that NO PERSON elected under the 1999 constitution can remain in office A DAY LONGER than provided, otherwise the intention of the framers of the constitution would be defeated”. It added that “the constitution does not support an interpretation of unbroken term of four years or a term in perpetuity”. Impliedly, this means in computing President Jonathan’s maximum of 8 years tenure, the 1 year 23 days he held as president between May 6, 2010 and May 29, 2011 will be counted. Secondly, the Supreme Court adopts the principle that so long as “the acts performed during the period in office remain valid and subsisting”, then the oath taken empowering them to take those valid and subsisting acts also remains valid and becomes the starting point in calculating their four years tenure of office.

Therefore, given that our laws have yet to provide for fractional term in office, President Jonathan is definitely not qualified to contest for president in 2015 for another 4-year term without an amendment of the constitution.