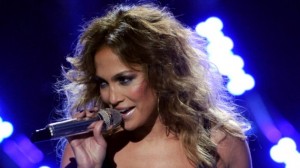 Human rights activists have criticised US pop singer Jennifer Lopez for singing Happy Birthday to the leader of Turkmenistan, who is accused of human rights violations.

She was performing at an event hosted by the China National Petroleum Corp.

Lopez’s publicist said she would not have performed had she known there were human rights issues in the country.

Turkmenistan’s human rights record has been heavily criticised by various countries. Human Rights Watch describes the country as “among the most repressive in the world.”

After a United Nations visit last month, Assistant Secretary-General for Human Rights, Ivan Simonovic, said the country had made progress, but “a lot more work is needed to complete this process and to ensure practice is in line with international standards.”

Lopez, also known as J-Lo, performed a selection of her hits during the show on Saturday.

A statement released by Lopez’s publicist said the event was not political, adding: “Had there been knowledge of human rights issues any kind, Jennifer would not have attended.”

The birthday serenade was a last-minute request made by the corporation to Lopez before she took the stage, and she “graciously obliged”, the statement said.

Lopez’s performance fee was not disclosed and her publicist said she was not scheduled to perform at any other events in Turkmenistan.

In 2007, Lopez was honoured by the human rights group Amnesty International for the film, Bordertown, set in Ciudad Juarez, the Mexican town at the centre of a decade of unsolved rapes and murders of young women.

Lopez produced and starred in the film. Thor Halvorssen, president of The Human Rights Foundation, said in a statement published by The Hollywood Reporter: “Lopez obviously has the right to earn a living performing for the dictator of her choice and his circle of cronies

“But her actions utterly destroy the carefully crafted message she has cultivated with her prior involvement with Amnesty International’s programs in Mexico aimed at curbing violence against women.”

Controversial appearances Lopez is not the first celebrity to be scrutinised for performing in countries or for leaders accused of human rights violations.

In 2011, the Oscar-winning actress Hilary Swank apologised and sacked her manager after appearing at a birthday event for Chechen leader Ramzan Kadyrov, who had been accused of torture and killings.

Beyonce, Nelly Furtado, 50 Cent, Mariah Carey and Usher said they would donate to charity fees they received for performing at parties linked to the late Libyan leader Muammar Gaddafi.

The events took place between 2005 and 2009. All said they had not known the leader was connected to terrorism.