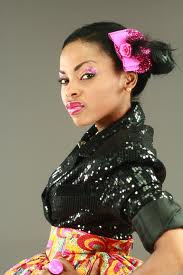 In this part of the world and continent, men take a domineering role in the family. The man is seen as the head of the family. Because of that, most men take responsibility of making provision for the family in every aspect.

Back in the days, the role of women in the family was limited to the kitchen and the farms, where they helped their husbands. But things have changed now as some women have assumed the role of men in the family and mostly give support to men in terms of providing for the upkeep of the family.

For female celebrities in Nigeria, one challenge they face is getting young men that would marry them as wives, which has made some of them end up marrying men that are married with kids.

Speaking on the type of man she would love to marry, Chidinma Ekile, Nigeria’s female singer and a former winner of MTN Project Fame said she would want a man that could take care of her needs and not the one she would feed.