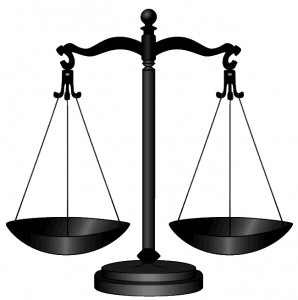 Mrs Evidence Nwachukwu has petitioned the Police and human rights groups in Rivers State, to allow justice prevail in the case of her late husband, Lucky Nwachukwu, who was murdered recently by a police officer attached to the Nigerian Agip Oil Company.

The deceased, a welder and Public Relation Officer to Ogbegene Community Development Committee, CDC, in Ogba/Egbema/Andoni Local Government Area of Rivers State was allegedly shot at Agip Oil Company field in the community by a police attaché simply identified as Mallam.

The grieving widow, mother of three, who is also seven months pregnant, said her husband was shot April 18, 2013 by the police while returning to Agip from a community site, where he was supervising the company’s sponsored community water project.

“They have made me widow overnight and I am calling on Nigerians and Police authorities to assist me and my children to address this injustice because all efforts to reach Agip to take responsibility for their action has been rebuffed,” she lamented.

Chairman of Ogbegene CDC, Ishmael Odili, added “When the decreased was shot, I was the first they called as he died after the police rushed him to Deye Hospital, Omoku. The man is innocent. He had done no wrong and that explains why the company (Agip) is afraid to own up, but I know we will get justice in the matter.”

Rights activist and counsel to the widow, Mr. Higher King, said: “The Police Commissioner has signed our petition. All the poor widow is asking for is justice. We had invited the company several times, but they refused meeting us.”

When contacted, Rivers Police Public Relations Officer, Angela Agabe, said “The police are still investigating the matter. A lawyer just left my office in respect of the case but I want the media to always differentiate between spy police and the Nigeria police because the suspect ][not with the Nigeria police. He is a Spy Police.” [Vanguard]