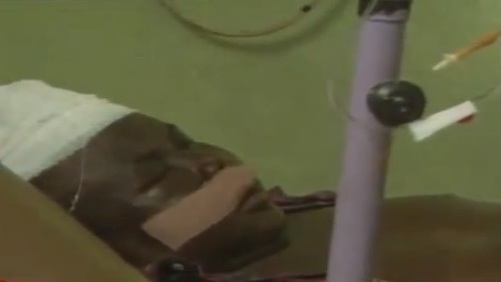 The lawmaker representing Obio/Akpor constituency II in the Rivers State House of Assembly, Michael Chinda, may be flown abroad for further medical treatment following injuries he sustained in Tuesday outbreak of violence in the House.

Video clips from the fracas showed the leader of the House of Assembly, Chidi Lloyd, dealing blows to Chinda with what looked like a mace after he too had been dealt a similar fate earlier.

The People’s Democratic Party (PDP) leadership in the State said the Lawmaker cannot speak as a result of the injury to his face.

This was made known yesterday by Jerry Needam, Senior Special Assistant to the party chairman, Mr. Felix Obuah, who criticized Mr. Lloyd for causing grievous bodily harm to his colleague.