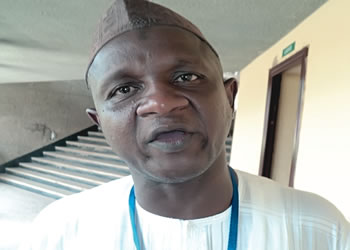 National President of Academic Staff Union of Universities, ASUU, Dr. Nasir Isa-Fagge, has warned that Nigerian universities will no longer continue to churn out unemployable graduates as a result of lack of training facilities in the institutions.

Dr. Fagge, who is a senior lecturer at the Bayero University Kano, (BUK), spoke to Saturday Vanguard in Abuja.

He lamented the effect of the strike action on both parents and students, but said there was the need for sacrifice by all the stakeholders in order to ensure that graduates of Nigerian universities competed with their peers in other parts of the world.

He noted that the agreement which the union entered into with the federal government in 2009 was due for review in June 20th, 2012, just as he regretted that many years after the pact was signed, it had not been substantially implemented.

Declaring the indefinite strike as total, the ASUU President said that though it had affected the academic calendar, the universities cannot continue to fold their arms and watch graduates remain unemployable after their long years in school.

He said, “The academic calendar had already been affected. For the fact that students were graduating they do not even perform well when they get into the labour market.

“I don’t really know what is our priority (sic), is it that we just continue churning out graduates with certificate who may not perform because they have not been trained adequately because of lack of training facilities, research, laboratories, workshops and adequately equipped libraries.

“ This is an agreement that was signed in 2009 and it supposed to have been reviewed in 20th June 12 last year, I hope we are now in July, 2013 that is one year after, we have not substantially implemented that agreement talk less of commencing the process of review.

“So I think that is the key issue. If government is serious, it would have substantially implemented the agreement before June 20 and commence the process of review of that agreement.”