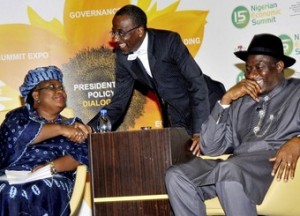 The federal government yesterday said the payment of 75 per cent balance of bidprices for successor generation and distribution companies created from the unbundling of the Power Holding Company of Nigeria (PHCN) had shamed pessimistic criticisms from western countries and institutions.

Speaking, yesterday in Abuja, Minister of Power, Prof. Chinedu Nebo, stated that doubts initially expressed by most western countries and institutions on the ability of preferred bidders of the PHCN assets to pay up for the assets had been proved wrong with unfolding events in the country’s power sector.

Speaking at a forum organised by the Operator of the Nigerian Electricity Market (ONEM), otherwise called the Market Operator (MO), to officially commence the registration of all licensed participants in Nigeria’s Electricity Supply Industry (NESI), Nebo explained that most western countries and institutions had prior to the payment of the bid amounts in the ongoing privatisation process noted that the country may not achieve the expected outcomes from the process.

Represented by the Permanent Secretary in the ministry, Mr. Godknows Igali, Nebo said; “Recent Events in the power sector have shown that Nigeria has the resilience to do the right things. Let me tell you that we have been meeting with western countries and they have continually expressed fears that the preferred bidders will not meet up with the payment for their acquired assets.

“They said nobody out of the preferred bidders will be able to pay for the power assets, but now that has been proved wrong because the bidders have paid and it has been successful all the way.”

Igali equally noted that the western critics had as well pointed to the PHCN labour issues as one of the likely obstacles that may derail the privatisation process, adding that government had in this regard moved on to meet about 70 per cent payment of the severance components to members of the PHCN labour union.

“The big issue of labour also threatened the privatisation exercise and they pointed at it but as at today, we have paid-off at least 70 per cent of the workers of PHCN; we have paid off the severance components and will within next week start paying for the RSA (retirement savings account) components.

“We congratulate our brothers and sisters who have galvanised to invest in the power assets; this is an example of the Nigerian resilience. We hope to sign off protocols to handover the assets to the new owners next week, this shows that the NESI is going in for a big explosion,” Igali added.