Stakeholders who attended a meeting organised by the Agency for Adult and Non Formal Education (ANFEA) were shocked to learn that facilitators who teach literacy to adults, are paid N500 as salary. 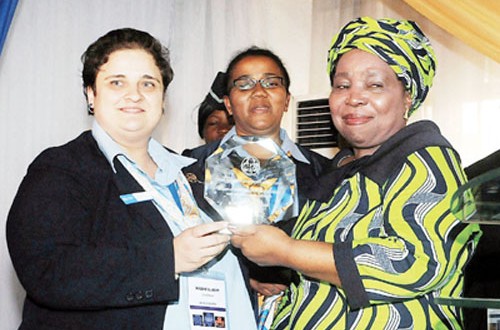 The shocking revelation came from no less a person than the Benue State Governor, Mr Gabriel Suswam, who was represented by the Commissioner for Education Dr Elizabeth Ugor.

Suswam said it was disheartening that the facilitators were paid so poorly when the minimum amount which local government councils in Benue should pay them is N6,000. He added that education is a collective responsibility and charged stakeholders to brace up for the challenges ahead.

In her welcome speech, Executive Director, Benue State Agency for Adult and Non Formal Education, Mrs. Becky Ortese, said the training of 111 facilitators organised by UNESCO and the MDGs Office has broadened their knowledge so that they can impact positively.

She commended Suswam and the Commissioner for the support to the agency but called for more assistance in the areas of logistics, employment of new facilitators and funds to fulfil its mandate to the illiterates in Benue state.

The Executive Secretary, National Commission for Mass Education, Alahji Jibrin Paiko , said they are over 40 million illiterates in Nigeria.