Home Politics The Rest Of Nigeria Has Sacrificed Too Much For The North, Says...
Facebook
Twitter
WhatsApp 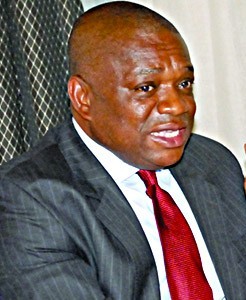 Former Governor of Abia State, Dr. Orji Uzor Kalu has told the North in very clear terms to give the nation a ‘breather’ in their clamour for return of the presidency to the region in 2015.

Kalu argued that for the sake of fair play, the North should forget the producing the President in 2015 because they never had it so good than in the current dispensation.

“The North never had it so good. Under the Dr. Goodluck Jonathan Presidency, the South is marginalised. The Vice President, the Senate President, Speaker of the House of Representatives, Chief Justice of the Federation, Chief of Defence Staff and even the chairman of the ruling party, are all northerners. They cannot rule in 2015; enough of the power struggle”, he said.

The former governor, who made his stance known in a statement issued yesterday by his aide, Emeka Obasi, noted that it would be the height of injustice to vote in a northerner in 2015, while ignoring calls of marginalisation by the South-East.

“Fact is we have given too much to our northern brothers. They have 20 states; the South has 16. I count the Federal Capital Territory as a state because the minister, like state governors, has an Aide de Camp (ADC). Unfortunately, there are only five states in the South-East.

“The North must reciprocate our magnanimity. Independence was delayed to wait for the North. Only once in our history have we had the numbers one and two positions occupied by men from one divide. It happened under the Muhammadu Buhari/Tunde Idiagbon regime. Both came from the North. In 2011, the Yoruba donated the position of Speaker to the North. There were no riots. Please, let the North give this nation a breather,” Kalu stated.

He further implored northern leaders not to overheat the polity by raising dust over 2015 since in his words, “Nigeria stands on a tripod (and) as long as we do not respect that, this country cannot progress.”