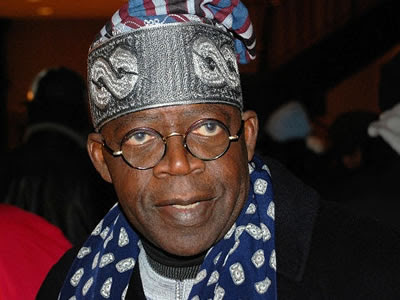 South West politics strongman and former governor of Lagos State, Asiwaju Bola Tinubu, is to undergo a knee surgery, a statement from his Media Office said on Monday.

Tinubu’s media office said the statement was necessary in order to clarify reports on why the newly registered All Progressives Congress (APC) co-founder had been absent from public glare in recent time.

The statement read, “This brief statement explains the reason behind the absence of the former Governor of Lagos State and leading founder of the All Progressives Congress, Asiwaju Bola Tinubu, from public engagements in the past few days.

“Based on previous sports injury on one of his knees and recent further aggravation on the knee from rigorous political and family related activities, he has been advised by his doctors, despite his persistent reluctance, that orthopaedic surgery is necessary at this time.

“The week of the 5th of August has been slated for the surgery.  Tinubu is expected to resume his normal political activities and public engagements following clearance from his doctors.”