As the new league season draws nigh in the English top flight, Football411 compiles a list of the top-10 African footballers that will grace the English Premier League in the 2013/2014 season barring late-minute transfers. 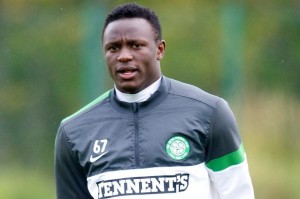 Victor Wanyama is the new African kid on the block. The Kenya international came of age during Celtic’s memorable run in the UEFA Champions League last term. Like a colossus, Wanyama strode across the European pitches patrolling the Hoops midfield with authority. There is tacit acceptance in the game that his Scottish football transfer record move to Southampton is a temporary detour en route to a bigger club. He is that good. Or he is? The season ahead will prove whether he is the real deal or overhyped.

Is there a place in the Chelsea midfield for Obi Mikel or will Michael Essien, who played under Jose Mourinho at Real Madrid last season, be preferred to the Nigeria international? Mikel also faces competition from Ramires. The Brazilian has a more robust engine, is a better box-to-box midfielder and scores goals. Mikel is a competent midfield ‘destroyer’, but is less of a creative influence. A move to Turkey has been mooted but for now he remains a Chelsea player. Can we expect a John Obi Mikel reincarnation at the Bridge? 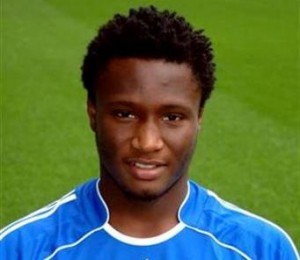 This could be Moses’ breakthrough season at Stamford Bridge. Manager Jose Mourinho has been waxing lyrical about the forward in pre-season. Moses has already staked a claim to a starting berth with some encouraging displays on Chelsea’s tours. He is firmly in Mourinho’s plans. The self-styled Happy One said: “Victor has been terrific, working very hard. In his position, we have Eden Hazard, Kevin De Bruyne and Andre Schurrle, and with Victor, we can change during a match and give new life to the team.” 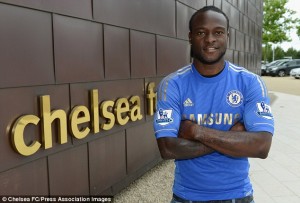 The Ivorian is Swansea’s club record signing. He has already hit the ground running after scoring two goals in the Europa League third qualifying round home victory over Malmo. He looks the part and every inch worth the £12m the Swans stumped for his signature. He could be the Premier League’s surprise package. Bony working in tandem with Michu gives Swansea a potentially potent partnership that not many Premier League defenders will relish facing.

Oh, what we wouldn’t give for Demba Ba’s thoughts on Jose Mourinho’s very public pursuit of Wayne Rooney. Reports also claim the Special One wanted to bring Didier Drogba back to Chelsea but was given short shrift. Ba looks the most vulnerable of Chelsea’s strikers at the moment. If the pre-season is a window into the campaign ahead then Ba is on the periphery. The Senegal international is lower down the pecking order behind Romelu Lukaku and Fernando Torres, while the likes of Victor Moses and summer arrival Andre Schurrle can also operate as strikers. Mourinho has already said he will rotate his players. Ba will do well to grab his chance when he is picked.

Cisse’s pre-season has been dominated by how he would not be seen dead wearing Newcastle’s Wonga-sponsored shirt. The Senegal star argued that the shirt affronted his Muslim beliefs. After the phony war with the club came the inevitable truce and Cisse will after all wear a Wonga-sponsored shirt. There are some among the Newcastle United faithful who will feel that the striker has a lot to make amends for when the season gets underway. 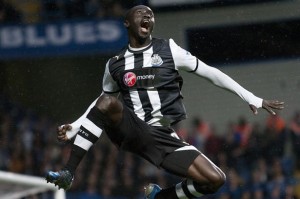 In limbo at the minute after that much publicised failed moved to QPR on transfer deadline day in January. Can Odemwingie repair his fractious relationship with West Brom or is that irretrievably damaged? Can the Nigeria international play himself back into the Baggies’ first-team reckoning and manager Steve Clarke’s good graces? On his day Odemwingie can be devastating. Indeed, Harry Redknapp, never one for understatements, attributed Rangers’ relegation in part to his failure to sign Odemwingie.

A cult hero at Carrow Road, captain of the Canaries and the club’s reigning Player or the Year. But for his influence Norwich might have been relegated long before they avoided the drop right at the death. Having played for Newcastle and Tottenham, the Cameroon international’s considerable Premier League experience will be vital to Norwich’s bid to preserve their Premier League status again this season.

Adel Taarabt is a maverick talent. On loan at Fulham from QPR he will be playing under a manager (Martin Jol) who has expressed a willingness to tinker his tactics to oblige the Morocco international’s maverick tendencies and match-winning talents. As Fulham captain Brede Hangeland noted aptly, Taarabt’s talent is ‘unquestionable’. But does he have the consistency and work ethic to match?

After a false start to his Premier League career with Fulham, Dikgacoi has a second bite of the cherry with top flight new boys Crystal Palace. He was instrumental in the Eagles’ promotion from the Championship via the play-offs. Does he have the temperament and talent to play in the Premier League?