This is a controversial issue because it is not easy for many to resist temptation. The wife was tempted and she could not resist it. But the husband is saying he can’t marry her again, calling her prostitute and all sorts of names and has decided to divorce her. The wife is begging for forgiveness. Below is their story: 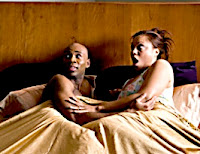 I have been married to my darling wife a few years now, I work in Abuja and she works in Lagos making us to spend less time together.

Even though i try as much as possible to Fly to Abuja every weekend, it has been very difficult for us.

One day as i was bored at work i playfully created a new fake facebook profile to troll people, with fake pictures of course and sent a friend request to my dear wife. And she accepted, I was witty at the beggining as it was fun for me but after a few weeks it got seriouse ad i noticed she could’nt wait to talk to me and she revealed to me that she now hates weekend’s because she the fake me is not online as the real me is next to her.

We chatted about everything ranging from Arts to music and future plans and recently our talk became sexual. She got turned on by my Fake profile’s every request and trying to see how far she will go i told her to send me a picture of her private parts.

Suprisingly my dear wife sent the pictures without hesitation as fast as imaginable and as you can imagine i got very angry and decided to drop the act.

As soon as i got all the dirty pictures she sent , i revealed my true identity and since then she has been begging me to forgive and forget but i can’t go back to marry such a whore, God knows how many men she has been sharing her body with in Abuja.

– What is the way out here? Should i forgive her or not?