Nigeria ranks fourth in the league of countries who contribute to global oil supply outages, estimates from analysts at Deutsche Bank and other shipping and industry sources have shown. This is even as the country loses more than 200,000 barrels per day (bpd) of crude oil to vandalism, crude oil theft and spills. 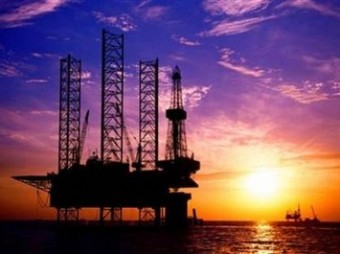 Total global outages amount to 3.15 million bpd, about 3.5 percent of daily world oil demand of 90 million bpd, according to the estimates.

The company had in August said oil theft, sabotage and adverse natural events such as flooding have hurt its operations in Nigeria, amounting to a daily loss of 30,000 barrels of oil equivalent in the first half of the year, that’s equivalent to 2 percent of the company’s overall production in the period.

The analysis shows Libya as the country with the biggest outages, losing 1.2 million bpd due to strikes and protests, followed by Iran with 1.1 million bpd as a result of the US and European sanctions over nuclear programme.

In Syria, outages amount to 300,000bpd caused by civil war and Iraq lost 200,000bpd due to disruption to Northern pipeline. The estimates, compiled by Reuters, show South Sudan as having the least supply outages with 150,000bpd occasioned by political tension with Sudan.

Crude oil theft has continued to thwart Nigeria from coming near the 2.53 million bpd estimate in the 2013 budget, with huge revenue losses estimated at over $1.23 billion (N190bn) in the first quarter, according to the Nigerian National Petroleum Company.

Nigeria, which earns more than 90 percent of its foreign exchange and about 80 percent of government revenue from its oil industry, has seen decline in production and revenue in recent times.