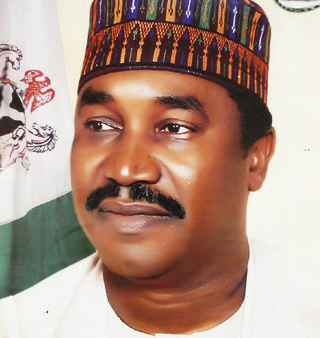 Governor Ibrahim Shema of Katsina State has urged stakeholders of the Peoples Democratic Party (PDP) in the state to disregard the “new PDP” led by Alhaji Kawu Baraje, whose faction recently emerged in the North-western state.

Shema, who made the call yesterday while addressing PDP’s stakeholders at a zonal meeting held in the state, also said as far as Katsina is concerned, the PDP is not divided but remains one united family under the leadership of Alhaji Bamanga Tukur.

Speaking through the PDP national auditor, Senator Umar Ibrahim Tsauri, Shema said “we are not aware of any new PDP faction in Katsina State.”

He added that “Any person that believes in the existence of new PDP in Katsina should visit a psychiatric hospital for check-up and treatment of mental disorder.”

The governor reaffirmed his support for the national leadership of the PDP led by Tukur and urged the 34 local government chairmen in the state to disregard Baraje’s group.

A chapter of the Baraje-led faction of the PDP emerged in Katsina last week with Alhaji Bala Saulawa as its chairman.