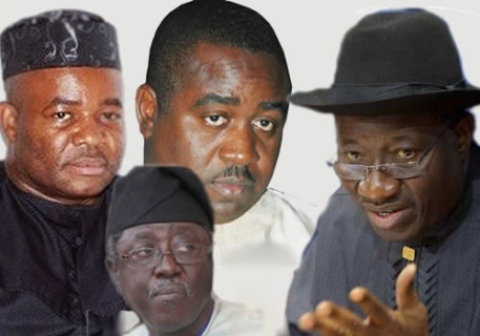 As part of moves to quickly resolve the political impasse that led to the emergence of a faction of the ruling Peoples’ Democratic Party, PDP on Saturday, President Goodluck Jonathan on Tuesday night held a meeting with governors considered to be loyal to him.

The meeting which commenced at 9:15pm inside the First Lady’s conference room at the State House, Abuja, was attended by 10 governors, Political Adviser to the President, Ahmed Gulak; Secretary to the Government of the Federation, Pius Anyim; PDP National Chairman, Bamanga Tukur; and the newly elected Deputy National Chairman, Uche Secondus.

Meanwhile, a meeting earlier scheduled for Tuesday between the aggrieved PDP governors and Mr. Jonathan has been rescheduled for a later date.