Tragedy struck on Wednesday in Osogbo, Osun State, when two men attempting to arrest a rapist were feared to have drowned in the process. 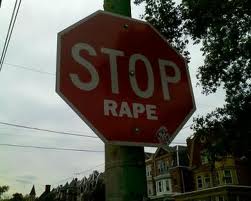 The suspected rapist, Toeb Agbaje, was said to have attempted to commit the offence near the Osun River at Zone 10 Area, Dada Estate, Osogbo,  when the victim, a 15-year-old girl raised alarm.

It was gathered that following her alarm, three men appeared at the scene and Toeb ran towards the river. When he discovered that he was about to be caught, he jumped into the fast-flowing river and swam across it.

In an attempt to ensure that the suspect did not escape, two of his pursuers also jumped into the river and have not been seen. At the time of filing in this report, combined efforts were still being intensified by local divers, the police and men of the Osun State Fire Service to find them, alive or dead.

Police detectives, led by the Divisional Police Officer, Ataoja Police Station, Osogbo later arrested the suspect at the opposite side of the river, where he was waiting for his clothes to dry.

The state commissioner of police, Mrs. Dorothy Gimba, ordered that the search for the victims continue, and assured that the incident will be properly investigated.

She also urged all concerned parties to keep calm and let the law take its course, adding that the police will intensify efforts to unravel all circumstances surrounding the incident.